For those of us arguing that there’s no fundamental difference between the Palestinian Authority and Hamas, an interview of Mahmoud Abbas today by Salam Musafir of RT, the Russian television network, today comes as useful confirmation. I have bolded three key passages making this point:

RT: Today, the other part of the Palestinian resistance, Hamas, is increasingly leaning towards a political solution of the problem rather than a military one. Have you noticed the shift?

MA: Yes, we have. Moreover, that’s something we have agreed on. A number of Hamas members support this stance. That’s what we agreed on during our meeting in Cairo, and several months ago at the summit of the Organization of Islamic Cooperation we reaffirmed that the Palestinian people have the right to non-violent resistance. We are going back to the negotiating process. There is no disagreement on this between us and Hamas leaders, though some keep saying that they don’t consider a peaceful solution the only option and don’t rule out military struggle. But all this talk stopped at the Cairo meeting, which was sponsored by the US and Egypt. Now this is Hamas’s official stance. Pay no attention to the odd Hamas members that say different. …

RT: The EU is said to be considering a move to take Hamas off the list of terrorist organizations. Do you think that this may be an attempt to legitimize the Hamas-led government?

MA: I don’t think so. After the recent developments, the chances are quite high that the Hamas government may be recognized as legitimate. If Hamas is committed to the ceasefire and if it openly pledges to stick to the peaceful popular resistance, I don’t see much difference between their policy and ours. In this case, there is no need to label them as a terrorist organization.

RT: But you didn’t target Israel with rockets….

MA: Neither we nor Hamas did. Not any longer. After the Second Intifada, we decided to give up on armed resistance. And let me be totally frank with you: we don’t want to launch any armed resistance whatsoever. Hamas has said the same. Yes, there were clashes in the past, but they have stopped – and I’m grateful to Allah for that.

Of course, in each of the three bolded statements, Abbas stressed that Hamas has adopted Fatah’s non-violent approach, and not the reverse. But for anyone with eyes to see, this is clearly false. Even the interviewer points out that Hamas keeps attacking Israel with rockets, a fact that Abbas baldly denies.


I understand the real message here to be not that Hamas has joined Fatah on the path of deciding “to give up on armed resistance” but quite the reverse; that both of them are playing the game of pretending to end violence, which Abbas has no more abandoned than Hamas has.

Originally published at DanielPipes.org and The National Review Online, The Corner, March 15, 2013. 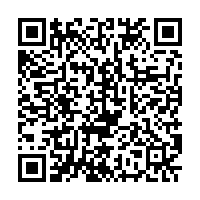