Three thoughts as the U.S. Senate gears up to consider on Jan. 31 the nomination of Chuck Hagel for the position of secretary of defense:

(1) It’s more than a bit curious that Barack Obama should nominate a politician of no distinction, with no significant bills to his name, no administrative accomplishments, and no known ideas, to the hugely important post of secretary of defense. It’s even more curious that Hagel is known for only two foreign policy/defense views: being soft on Iran and hostile to Israel. This certainly sends a strong signal to Israel.


(2) It’s been dismaying to note that, after an initial expression of skepticism, American Jewish institutions have taken a pass on the Hagel nomination. It would appear that, for them, access trumps other considerations.

(3) In contrast, Christians United for Israel (CUFI), released a statement expressing opposition to Hagel on account of his “unacceptable blindness to the greatest security threat of our day,” namely Iran and Hezbollah. In addition, CUFI announced that at least 400 Christian leaders will travel to Capitol Hill this week to lobby representatives of all 100 senators.

Comment: Odd that CUFI is out there swinging and the American Israel Public Affairs Committee is silent.

If Anything Sustains the Arab-Israeli Conflict, It Will Be Progressives’ Antisemitism 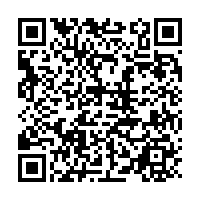