Emerging from intense controversy, the British politician Herbert Samuel (1870-1963) was appointed the first High Commissioner of Palestine, where he served 1920-25. A Jew and an influential Zionist, Samuel bent over backwards not to favor the Yishuv, to the point that he forwarded the interests of the Palestinians most hostile to the Jewish presence. Most notoriously, Samuel appointed Amin al-Husseini as mufti of Palestine, a position which Husseini used to become the most powerful figure in the mandate and the Palestinian who did the most-ever damage to Zionism (yes, even more so than his nephew Yasir Arafat).

This century-old history comes to mind in watching the first months in office of Secretary of Defense Chuck Hagel. During his confirmation hearings, Hagel denounced many of his prior statements about Israel and Iran and then, as I have noted elsewhere, he chose to have his first face-to-face meeting in March with a foreign counterpart with Israel’s Defense Minister Ehud Barak.

Despite major cuts to the American defense budget, Hagel promised in his meeting with Barak his intent to ensure continued funding for the Iron Dome and Arrow missile defense systems. Pentagon press secretary George Little explained that “during the meeting, Hagel expressed his strong commitment to Israel’s security, including maintaining Israel’s qualitative military edge and continued U.S. support for missile and rocket defense systems in spite of fiscal constraints.” Little also reported Hagel’s saying that he and Barak have had an outstanding working relationship.

Hagel also had warm words for Israel: “I appreciate the strategic relationship between our two nations and look forward to strengthening cooperation between the two defense establishments.”

Hagel has now gone to Israel – his first visit to a foreign country other than Afghanistan, where he focused on U.S. troops – and met with the leadership. He both did things and said things that please Israel. Here is the New York Times account, “Hagel, in Israel, Presses U.S. Agenda on Deterring Iran“:

Mr. Hagel, who was subject to intense, even hostile scrutiny during his confirmation process over whether he was sufficiently supportive of Israel, hailed the “very special relationship” between the United States and Israel. He also repeatedly emphasized Israel’s right to defend itself “in a very dangerous, combustible region of the world.” …

Mr. Hagel acknowledged that there might be “minor” differences between the United States and Israel on the timeline in which Iran might develop nuclear weapons. “I think it’s important that we all keep our eye focused on the objective,” he said. “And there is no daylight there at all — that Iran is prevented from acquiring that nuclear capacity.” …

During his travels, Mr. Hagel will be pushing forward with a $10 billion arms package intended to further increase Israel’s military edge over other powers in the region while also bolstering the armed forces of two important Persian Gulf allies, Saudi Arabia and the United Arab Emirates. Included in the weapons deal for Israel are tilt-rotor Osprey aircraft, which can be used for transporting troops and patrolling borders and nearby seas, as well as advanced radars for Israeli warplanes. …

And two systems to be sold to Israel — a new generation of aerial refueling tankers and advanced missiles that home in on radar signals to destroy air-defense sites — would be important in any attack on Iran’s nuclear facilities. Mr. Hagel said the weapons sales served as “another very clear signal to Iran.”

Here is Hagel’s statement before a meeting with Netanyahu (I bolded some words that bear special attention):

I’ve always appreciate this country, the people, the leadership and the courage that you represent and what has been produced in Israel. It is a model for the world, and the relationship between our two countries, just as you have noted, is as strong as it’s ever been, not only measured by the military-to-military, all the other metrics that apply to relationships, but as you also noted, Prime Minister, it is based on common values and respect for others, and that is the foundation of any relationship. …

This is a time when friends and allies must remain close, closer than ever. I’m committed to continue to strengthen this relationship, secure this relationship, and as you know, one of the main reasons I’m here is to do that. … I was able to take a long tour up in the north and the eastern borders here, and once again it reminds me of the dangers and difficulties and challenges. But I believe together, working with our allies and our friends, we will be able to do what is right for your country, my country, and make this region a better region and a more secure region, and make Israel more secure.

On Monday, Hagel was asked whether he believed it would be advisable for Israel to attack Iran on its own. “That calculation has to be made by Israel,” he replied after noting, “Israel is a sovereign nation; every sovereign nation has a right to defend itself.” Hagel did not mention a concern that U.S. officials have voiced in the past—that an Israeli strike would run the risk of igniting a wider war that could draw in the U.S. 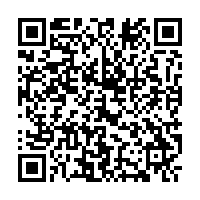