Sally Rooney’s writing has been praised for having ”a touching honesty and truthfulness… along with a quiet brilliance.” If only her activism could possess that too. The Irish, millennial author refuses to sell translation rights for her latest book to an Israeli-based publishing house, so intent is she on following the BDS movement’s institutional boycott guidelines. In response to characterizations that she is not permitting Hebrew translations at all, the author claimed a Hebrew translation “would be an honour.” Yet, similar to this week’s story on Ben & Jerry’s hypocritical interview, the author admits that many countries “are guilty of grievous human rights abuses.” Still, she likens Israel to Apartheid-era South Africa, so supposedly her institutional boycott is justified. Meanwhile, countries such as China can still translate her work. Most tikkun-olam types will probably be fine with the double standard, though. Singling Israel out and fueling Jew-hatred is what hip millennials truly ought to do.

In 2012, Alice Walker used the ‘apartheid state’ slander as an excuse for not authorizing her bestseller for Hebrew translation. She absurdly maintained that Israeli actions were worse than the segregation she experienced growing up in America. “Why read [Rooney] at all?” Israel’s Diaspora affairs minister Nachman Shai asked. A better question would be: does Rooney realize that the Arabs in Israel read Hebrew?  And, if she is so determined to stand in “solidarity with the Palestinian people in their struggle for freedom, justice, and equality,” wouldn’t she be surprised to know that  Palestinians and Arabs are quite literally frantic to work in Israel at the moment?

“This is the Gaza Chamber of Commerce. Thousands of Palestinians, including those with [academic] degrees, are fighting for a job in Israel. I guarantee you that if Israel announced that it wants workers from Algeria, they would cross the Sahara [Desert] on foot to work in Israel to escape the hell they are living in at home.”

Rooney is taking a page out of the same nonsensical ‘cultural’ boycott book, which for all intents and purposes is antisemitism in a new binding. Holding together the pages of anti-Israel sentiment is apparently an ongoing project. We could use some new editors.

(Written by guest contributor, Blima Miller, a conservative opinion and satire journalist based on Long Island. Published in numerous publications, she is a member of the team and contributor at Global CD Media) 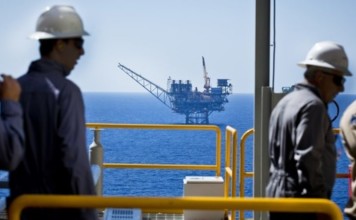