Ben & Jerry’s is closing off the ice cream pipeline to the Jews—but not the Arabs—who happen to live in Jerusalem or in Judea and Samaria. Of course, if you have a hankering for Chunky Monkey, you could always put on a hijab or keffiyah, buy some in an Arab neighborhood, and risk getting lynched. But that would be stupid and Jews are supposed to be smart.

We Jews can forgo the ice cream, of course. We’ve been through worse. What we cannot stomach, aside from the ice cream, is the hypocrisy. And even that is not new.


Ben Cohen and Jerry Greenfield are progressives. People of their political ilk profess to shun every form of hatred based on race, creed, color, or gender. They tout themselves as the champions of minorities and indigenous peoples. Therein lies the rub: the Jews, aside from their ancient and distinctive creed, are both a minority and an indigenous people.

Refusing to sell Jews ice cream in their ancestral lands should place Cohen and Greenfield squarely outside of normative progressive society.

Ha ha [mirthless laugh]. If only.

We all know it is not like that at all. Antisemites are celebrated in the progressive wing. Taking a crap on Israel is an especial delight. And when it comes to Jews building homes for themselves or for daring to live in Jerusalem or Judea, oh my GAWD the uproar. It is so loud you cannot think (for yourself).

The noise is so loud it crowds out every sane and truthful thought about Jews, Jewish land rights, and the meaning of the word “indigenous.” Progressives call us murderers for building homes, for wanting to live on empty hilltops. They either hate us or actually believe they are championing a people of color by championing the Arabs and backstabbing the Jews. The backstory of who owned what when, doesn’t matter, because Arabs are dark.

In fact, most have never been to Israel and have no familiarity with our skin tones. But they imagine us as white and this gives them license to champion the Arabs, who are brown. Others know full well they are lying about the color of our skin, and the actual identity of the “occupier.” But the ends justify the means: a Jew-free Middle East where no Jews may build homes anywhere, beginning with the epicenter of holy Jewish territory, Jerusalem, and on into Judea and Samaria (which the propaganda team calls “West Bank” to poison your minds).

The entrenched antisemitism of the progressive wing, alas, is not new. The need of Jewish progressives to ingratiate themselves with the non-Jewish world is also not new. It may be a form of psychopathy, but it is nothing new. Nor is stepping on Israel to amass power.

You have to wonder what happened to these people when they were young. What childhood trauma led Ken Roth to make a profession out of telling big, giant whoppers about Israel—the more rapacious and violent the better? Was he forced to eat gefilte or go without dessert? Did his mama drop him on his head?

And does the same malady indeed infect Sanders? Cohen and Greenfield? Beinart, Ben-Ami and many others we could name? There is way too much dirty linen being forced into view, strung as it is among the headlines.

“I think that the simple truth is that Ben and Jerry lack understanding and rather than educating themselves, they choose to wallow in their ignorance and double down,” comments Israel advocate and indigenous rights activist Ryan Bellerose.

Bellerose is not wrong. Progressives may just as often be dumb as they are evil. We all saw Ben Cohen, for instance, go blank-faced when put on the spot about Israel in that Axios interview.

After a long back and forth on the boycott against Israel, the interviewer uses an analogy to put the prejudice of the aging ice cream couple into perspective:

“You guys are big proponents of voting rights. Why do you still sell ice cream in Georgia, Texas, abortion bans, why are you still selling there?”

“I don’t know. I mean it’s an interesting question, I don’t know what that would accomplish, we’re working on those issues of voting rights and … I don’t know.

Ben got caught. And he knew it. He tripped on his own tongue when he said, “I don’t know what that would accomplish.”

Cohen knows exactly what boycotts accomplish. Boycotts generate hate and starve an economy, placing pressure on the inhabitants to leave or to do the things outsiders want them to do. But see, here’s the thing Ben: if you aren’t going to sell ice cream to the Jews of Jerusalem, you can’t sell it to Texas conservatives, either.

Aside from which, parroting the mantra that settlements violate international law, doesn’t make it true. P.S. It isn’t.

Under international law, occupation occurs when a country takes over the sovereign territory of another country. But the West Bank was never part of Jordan, which seized it in 1949 and ethnically cleansed its entire Jewish population. Nor was it ever the site of an Arab Palestinian state.

Moreover, a country cannot occupy territory to which it has sovereign title, and Israel has the strongest claim to the land. International law holds that a new country inherits the borders of the prior geopolitical unit in that territory. Israel was preceded by the League of Nations Mandate for Palestine, whose borders included the West Bank. [The four-page 1978 memo written by State Department legal adviser Herbert Hansell], fails to discuss this principle for determining borders, which has been applied everywhere from Syria and Lebanon to post-Soviet Russia and Ukraine.

The facts of course, do not matter. As a progressive, Cohen imagines expelling Jews from Jerusalem or from Judean settlements, for instance, as a sort of rude justice for the poor brown people, the Arabs. In his book, it’s a mitzvah (l’havdil) to hate settlers, a mitzvah to take away Jerusalem and give it to someone else because of their color. Denying Jews ice cream seems little enough to do for these poor brown latecomers, the Arabs.

In his progressive playbook, it is also a mitzvah to give Jerusalem to the Arabs, because the Jews are entitled or something—entitled to Jerusalem. And Judea. And Samaria. Which is why they can’t have it. #becauseentitled.

But you know, I can’t get too excited about a couple of old hippies. And since I adore their ice cream, it actually makes for a suitable sacrifice on the altar of my love for Israel. Kind of like not listening to Pink Floyd.

For the meantime, I have a reprieve. I will be buying ice cream from Ben & Jerry’s Israel until the owner of the local franchise, Avi Zinger, is put out of business by the Big Bosses. Zinger has been staunch in delivering ice cream to both Jews and Arabs, wherever they live in the Land of Israel, and has refused to give in to demands by global headquarters. “We will not succumb to the pressure and boycott of Unilever and Ben & Jerry’s Global,” said Zinger. “Ice cream is not part of politics. We call on Israelis to continue to buy Israeli products that support hundreds of workers in the southern region.”

So sane. So logical an approach: Everyone has a right to ice cream, no matter where they live. Take the politics out of ice cream.

Business tactic or no, I think we should support Zinger. At least until the Fat Lady sings—or the Cherries Garcia calls from the freezer.

*(That long pause—is it just me or was he not stoned out of his gourd?) 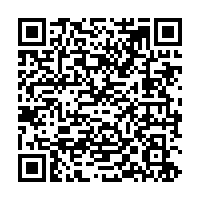