A minor report in today’s edition of the Lebanese newspaper, The Daily Star, deals with grocery store items and the Middle East conflict. Though it centers on nothing more substantial than packaged peppers, it might actually say something significant about how things are in this part of the world.

Israeli produce discovered in south Lebanon shop | January 01, 2013 11:36 AM By Mohammed Zaaatari | The Daily Star | SIDON, Lebanon | A Lebanese shopper discovered several food items made in Israel in one of Lebanon’s largest retailers Tuesday. While shopping at Spinneys in the coastal city of Sidon, a man, who preferred to remain anonymous, discovered a bag of three kinds of peppers made in Israel. He immediately contacted local authorities who in turn contacted the Lebanese Army. Members of military intelligence and police arrived to Spinneys to discover 13 similar bags that have the word “Israel” printed on the sale tag. Police also noticed that the international bar code for the items was scratched with a blue pen and a new code was handwritten on the bag. The case was then referred to the military judiciary for investigation into how the products made it through the customs department at the port or the airport. Spinneys had a similar incident almost ten years ago when shoppers discovered mugs made in Israel being sold at the retailer.

a high-end supermarket chain in the Middle East which begun as railway provision merchants, and expanded to a grocery firm importing British Empire goods. [Today it’s] a premium supermarket retailer in the Middle East, and operates hypermarkets and supermarkets in one store in Qatar, seven stores in Lebanon, three stores in Egypt, one in Jordan and through franchise agreements, 29 Spinneys stores in the UAE… The largest shareholder and manager of the brand is the Dubai-based private equity firm Abraaj Capital.

It would be nice to laugh, or even just to smile knowingly, about the gravity hinted at in this news item. But let’s dwell briefly, before getting too amused, about how the presence of these packaged peppers required the forensic interventions of (a) the Lebanese army, (b) its military intelligence, (b) the Lebanese national police and (d) the military judiciary.

(If you’re wondering why Hezbollah, which actually runs Lebanon for all practical purposes, appears to be out of this particular loop, they’re not. But you need to consult a different report; see “Spinneys: Rooted in Lebanese Corruption” from September 2012.)

Anyone who shops in European supermarkets knows that quality peppers increasingly means Israeli peppers. An angry “boycott Israeli goods” website which we will not quote here (why give them the attention or the traffic?) resentfully sings the praises of Israeli peppers and their success in penetrating discerning markets. Such is life. Israeli agriculture does a really good job of producing winning fruits and vegetables. But before checking for leaks in the border fence, it would not be surprising to learn that the peppers that infiltrated Spinneys originated with a European wholesaler.

But more seriously, think about what this tells us about Lebanon and the Arab world, and about the ongoing conflict. How good are the chances for a better understanding on both sides of the dispute when the presence of one word on a printed label, whether accurately placed there or not, triggers the big-time involvement of the military, the police and the judiciary? And that’s just on the day of the “discovery”. What might be coming next. Is the Lebanese government going to fall? Will a minister resign? Will Lebanon retaliate and if so, what form will that take? And why is this not already in front of the UN Security Council or the World Health Organization?

A friendly colleague shared this comment with us a short time ago:

This is the problem with the “If only Israel would…” crowd. If Israel was merely involved in a political dispute with the Arab/Muslim world, there would have been peace in the Middle East decades ago. But when a simple act of commerce is treated as treason, or at least a criminal enterprise, you’re not dealing with something political given to easy solutions. You’re dealing with something pathological which needs to be changed or at least addressed before you can have peace. Of course that makes peacemaking much more challenging. Blaming Israel is a lot easier, rather than acknowledging the real problem. 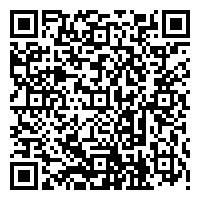