{Originally posted to the author’s blog:  The Good, The Bad, The Ugly}

Like many of you, I’ve been cleaning, sorting and finding the unexpected these days.

Yesterday, a birthday card that the entire family gave our Malki on her 11th birthday turned up. Each of us had written our wishes and mine read:

“My Dearest Mali,
You are a constant source of נחת [Hebrew: pleasure] to us – may you continue in your דרך [Hebrew: way] until מאה ועשרים שנה   years [120 years is the traditional Jewish wish for a full lifespan] in good health… And not to worry about a profession; you seem blessed with the skills of an extremely competent עוזרת [Hebrew: cleaning lady – she always tidied up after me] as well as a very talented finder. [She always located the many items I constantly misplaced]. What more can one wish for? Of course, if those fields don’t pan out for you there are always those musical, mathematical and artistic talents to fall back on (though we’d be understandably disappointed in that event). In the meantime, עלי והצליחי [Hebrew: Rise and succeed] and enjoy!
Love, Mom”

She only lived another four and a half years. The pain of longing for her is indescribable.

But there is another pain that I can convey. Its source is the  injustice of her murderer’s freedom and continued incitement to kill more Jews. And the sympathy she garners from the mainstream media.

Last week, two Associated Press correspondents interviewed my husband and me at our home. They were interested in our reaction to the United States Department of Justice unsealing of the charges against Ahlam Tamimi, Mali’s murderer. (Some background here.)

The pair seemed empathetic and understanding when we noted that we never agree to have our words juxtaposed with hers as some journalists had requested of us in the past. When Associated Press describes its own journalism, it says

“But always and in all media, we insist on the highest standards of integrity and ethical behavior when we gather and deliver the news. That means we abhor inaccuracies, carelessness, bias or distortions. It means we will not knowingly introduce false information into material intended for publication or broadcast; nor will we alter photo or image content.” [From the AP website]

Yet several days later we were shocked to see that the AP had done just that. We learned that our interview with them was actually conducted a short time – some hours – after their journalist in Amman had met with Tamimi in her home. The two interviews are posted in a single YouTube video side by side.

Here is a partial transcript of Tamimi’s infuriating words:

“The court ruled for not extraditing me to the US. Of course I’m happy, that was my first reaction, because I didn’t do anything, and the charges filed against me by the US are not true, I know nothing about them and I never did that. The Jordanian decision was true, because the court in Jordan asked the US to send the whole file of the lawsuit but it didn’t do that.”

Senior AP employees to whom we complained insisted that we were meant to be forewarned of their intention to publicize our statement beside our child’s murderer’s. Well, nobody did.

The presentation of a convicted mass murderer’s claims on an equal footing with those of the victims’ parents is unethical and despicable. To add salt to the wound, the interview – riddled with lies – enables Tamimi to win global sympathy. It stymies current efforts to have her extradited from Jordan and tried in a US court.

Tamimi has over the last 11 years confessed repeatedly with pride and glee to the murders of 15 men, women and children (8 of the latter) to Arab and western journalists. She has detailed precisely what her central role in the massacre entailed. From scouting for and choosing the target for maximum carnage to transporting the 10 kg. bomb to her accomplice and concluding with leading him physically right to the door of the target, the Sbarro pizzeria. She left nobody in any doubt about her guilt.

Yet when speaking to the AP last week, Tamimi flatly denied any guilt in the atrocity she perpetrated. And the AP colluded with her by failing to cite any links to her many confessions. The reader is left to choose between her version of events and ours. As if they were both equally credible!

Please share this post with your friends. You will thereby help to intensify the pressure that is vital to achieving Tamimi’s extradition by the Jordanian king. Our meeting here with the people from the US Department of Justice three weeks ago persuaded us that that is the only chance we have of seeing this evil woman brought to justice. 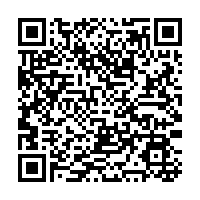