You can take seriously this report in today’s Times of Israel if you like: “Jordan king condemns Temple Mount attack in call with Netanyahu“. But note that it is barely re-reported outside Israel and the actual language of the Hashemite king’s “condemnation” is hard to find.

On the other hand, Petra, the official voice of Jordan’s government, still has its condemnation of Israel in the name of its Minister of Awqaf and Islamic Affairs Wael Arabiyat.
He manages to include
Advertisement

In other words, for the Jordanians and their global audience Israel is the sole culprit. As for condemning the shooters, if that’s on the Petra site, we haven’t found it.

It’s a traditional game, played for decades by Jordan’s kings and recently the subject of our comments here: “11-Jan-15: Does the king need to fly to Paris to stand with terror victims? He can do it better back in Jordan.” Read that and you will realize it’s easier and safer for the Jordanians to condemn a jihadist attack inside a French kosher food store than on the grounds of one of their holy places which – did you notice? – is formally under their guardianship:

The Hashemite monarchy, descended from the house of the Prophet Mohammed, who in Muslim belief rose to heaven from the Dome of the Rock, is guardian of the city’s Islamic holy places [i.e. Islamic sites in Jerusalem], by tradition and by the 1994 treaty. Any challenge to the religious status quo in the holy city strikes at the heart of Hashemite legitimacy, in Jordan and throughout the Arab world… [“Jerusalem’s holy places are a minefield for Jordan“, Financial Times, November 4, 2014]

Obviously it’s orders of magnitude easier for Jordan to blame Israel than to bite the bullet of Palestinian Arab and Jordanian (essentially one and the same) adoration of terror, jihad and killing Jews. It’s called speaking from  both sides of your mouth – but it’s far, far less dangerous to those doing the speaking.

UNESCO is bound to start calling the Hashemite Kingdom to order any minute now.

UPDATE Sunday July 16, 2017 at 940 am: Turns out, thanks to the alert editors at JewishPress.com that Petra, the official voice of the Jordanian regime, did condemn the shooting attack in the middle of last night – and then, for reasons about which we can and absolutely ought to speculate, removed it. It’s all here.

Here’s the Jewish Press report on the part that briefly condemns the terrorist Palestinian Arab gunmen who desecrated an important Islamic sacred site – and then uncondemns them:

The condemnation did not address the details of the attack, and it did not send condolences to the dead and wounded police officers. Instead, the press release said that King Abdullah of Jordan spoke with Netanyahu about the need for “de-escalation” on the Temple Mount. Abdullah then reiterated his generic “condemnation of the attack in Jerusalem on Friday and the rejection of violence in all its forms, especially in holy sites and places of worship.” And of course, Abdullah then demanded that PM Netanyahu reopen the Temple Mount to Muslim worshipers, and warned Netanyahu

and so on. A screen shot of the full text is at the JewishPress.com link. 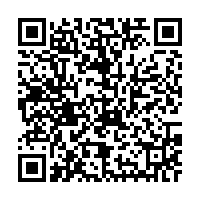