Just after midnight on Saturday, when everyone in the Middle East was asleep, Jordan finally issued a short-lived condemnation of the Temple Mount terror attack.

The condemnation was released by Jordan’s official Petra government news agency, but the text can no longer be found anywhere on their homepage and appears to have been completely removed from their website.


Roi Kais, the YNet Arab Affairs Correspondent, managed to get a screenshot of it on the Petra site, before the statement was taken down.

The condemnation did not address the details of the attack, and it did not send condolences to the dead and wounded police officers.

Instead, the press release said that King Abdullah of Jordan spoke with Netanyahu about the need for “de-escalation” on the Temple Mount.

Abdullah then reiterated his generic “condemnation of the attack in Jerusalem on Friday and the rejection of violence in all its forms, especially in holy sites and places of worship.”

And of course, Abdullah then demanded that PM Netanyahu reopen the Temple Mount to Muslim worshipers, and warned Netanyahu about the need to prevent any party from disrupting security and stability which could lead to further violence and extremism.

On the other hand, what is highly visible on the Jordanian government’s Petra homepage is a senior Jordanian minister’s strong condemnation of Israel following the Islamic terror attack.

Minister of Awqaf and Islamic Affairs Wael Arabiyat on Saturday warned of Israel’s unprecedented and persisted violations of Al-Aqsa Mosque/Al-Haram al-Sharif sanctity under the pretext of containing violence and tension.

The minister held Israeli authorities responsible for the mounting tension and violence in the holy compound because of the violations committed by the occupation authorities and Jewish extremists against the Al-Aqsa Mosque, indicating that Jordan rejects Israel’s closure of Al-Aqsa Mosque and preventing worshippers from praying under any circumstances.

In a statement issued today, Arabiyat said Israel’s closure of the Mosque on Friday was a dangerous and unprecedented act and constitutes an assault on the freedom of worship. He further added that the Israeli move runs contrary to the principles of religious coexistence and world and social peace and forms sheer breach of international law. 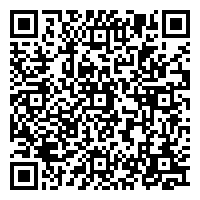