Paul Alster, writing on the Fox News website, asks a question that – had it been asked – would have done credit to the news teams of the BBC, Associated Press, Reuters and/or the New York Times who, though they have their people scattered all over the Middle East, somehow are unable to formulate things quite this way:

A single Syrian missile strike on a bakery near Hama killed more than 60 innocent civilians last week, so how did Israel manage to fire more than 1,500 high powered missiles into densely-populated Gaza in November, with the total loss of 161 lives, of which 90 have been acknowledged by Hamas itself as active combatants?

About that bakery attack, and numerous other bakery attacks, we posted our thoughts just four days ago [see “25-Dec-12: Know your barbarians“]

Alster’s answer, certainly worth your click, starts this way:

The numbers speak for themselves, but very little credit has so far been given by foreign governments, NGOs, and the international media for the care taken by the Israeli military to avoid collateral damage during its recent vicious engagement with Hamas and Islamic Jihad fighters. [more]

Framing an article this way does not mean Israel should be compared in any way to the loathsome, blood-soaked Syrian armed forces. Most thinking people aware of the realities of the Middle East know that. On the other hand, individuals with an ideological predisposition to kicking out at Israel at every opportunity will see things differently; the facts tend to be less urgent for them.

Case in point #1: The faded rock singer Roger Waters whose glory days included his being a lead member of the Pink Floyd band. He plays a different style of gig these days, including an appearance last month at the UN’s annual Israel-bashing “observance” of the International Day of Solidarity with the Palestinian People [pictures here]. In his own words, Waters appeared there “representing global civil society” (no less); called for greater understanding of the Hamas side of the argument; demanded action against Israel’s “illegal apartheid regime”; and warned his audience never to assume that “I support the launching of missiles into Israel.”

Case in point #2: Colonel Richard Kemp, a thinking person’s senior soldier, served in the British military from 1977 to 2005 rising to the role of Commander of British Forces in Afghanistan and completing 14 operational tours of duty around the globe. When asked about Israel’s conduct vis a vis civilians in Gaza in 2008, he famously said

“based on my knowledge and experience, I can say this: during operation Cast Lead, the Israeli Defense Forces did more to safeguard the rights of civilians in the combat zones than any other army in the history of warfare”. [Wikipedia]

A little less famously, he explained:

“of course innocent civilians were killed. War is chaos and full of mistakes. There have been mistakes by the British, American and other forces in Afghanistan and in Iraq, many of which can be put down to human error. But mistakes are not war crimes…” [Wikipedia]

And this explanation by Kemp after the November 2012 Pillar of Defence battle conducted by Israel against the Hamas forces. Concerning the bias of certain media outlets when it comes to reporting on Israel and its military, he said:

“It was clear to me that there was a great deal of propaganda that was being generated against Israel, and then being exploited by people who didn’t understand military matters and didn’t want to question it, it suited their agenda to vilify Israel… People ask me why I have a pro-IDF point of view. I consider myself as having an objective view of what’s happening over here. The IDF does not need me to defend them; they have proven it over the years… It’s the dispassionate military perspective that I bring.” [more]

Case in point #3: Certain political figures in the British parliament. This snippet comes from a report published Thursday:

According to the online [UK] parliamentary archive, 21 EDMs (formal motions submitted for debate in the House of Commons, although not necessarily discussed) relating to Israel have been put forward since the 2012-2013 session began. In contrast, just two refer to the situation in Syria… [more]. 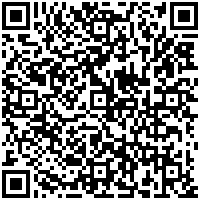