To understand the complex conflicts in the Middle East was always a challenge. You need, for instance, to know how the various factions inside the world of Islam interacted. And you need to resist the exaggerated, ideology-driven simplifications of people like the former US president, Jimmy Carter (on his way back to this area this week) who pontificated in his notorious 2006 book “Palestine: Peace Not Apartheid” that “Israel’s continued control and colonization of Palestinian land have been the primary obstacles to a comprehensive peace agreement in the Middle East.”

Treating a multidimensional problem as simple is generally easier than analyzing it in all its complexity. Thus, Carter is hardly alone in boiling the turbulence of our neighbourhood down into a problem with a single cause. But reality, as always, has a way of creeping up behind and whacking us across the head. We’re at such a moment now.


Hezbollah, by most calculations, is the military force that has the largest deployment of weapons pointed at Israel today. It’s Iran’s proxy, and is funded and armed by Iran and also by Syria. In much of the Arab and Moslem world, it has long been called a resistance movement [see this Asia Times analysis from 2006]. Among Western countries like the United States, the United Kingdom, the Netherlands, Australia, Canada and of course Israel, it’s been classified as a terrorist organization for years and remains so.

Very recent events have caused a significant review of what people think and say – even, and perhaps mainly, in the Arab and Moslem world. A good example:

The praise that Hezbollah wins from its supporters for fighting Sunni groups makes it easier for the party to commit crimes like the recent assassination of General Wissam Al Hassan, Lebanon’s intelligence chief [“20-Oct-12: Do the Lebanese comprehend what they’re up against?“] Hizbollah denies any role in Friday’s car-bomb attack, but its record makes it exceedingly likely that the “Party of God” was somehow involved in this recent murder… If Gen Al Hassan was killed by Hezbollah, as many have argued, he was not their first Sunni victim. Before him, former prime minister Rafiq Hariri, a bigger-than-life figure, was also assassinated, in 2005 by four Hezbollah operatives, according to the indictment issued by the UN-created Special Tribunal for Lebanon

Between the two murders, much has changed in Lebanon, and so has Hezbollah’s style. In 2005, Hezbollah took painstaking measures to hide its involvement in the crime: a cover-up video showing a purported suicide attack was produced and delivered to satellite TV stations. The party sent its most senior figures – including Hassan Nasrallah’s wife – to offer condolences to the Hariri family. The Hezbollah propaganda machine made sure that Hariri would be always described as a martyr.

Hezbollah treated [Friday’s] bombing in Beirut’s historic Ashrafiyeh district with nonchalance. Hezbollah’s ally, the Christian MP Michel Aoun, went on TV to counsel Lebanese (read: Sunnis) against taking on Hizbollah’s Shiites. He argued that civil strife should be avoided in what sounded like an implicit threat…

Whatever the cost, Hezbollah now calculates that an open conflict with Lebanon’s Sunnis justifies turning its arms inward and away from Israel. And if Shiites are at war with Sunnis, that would rationalise the killing of Gen Al Hassan and the Hezbollah members fighting alongside Assad forces inside Syria.

Meanwhile, wiping Israel off the map can wait. Conflict with Sunnis gives Hezbollah and its patrons in Damascus and Tehran a regional role; war with Israel is costly and unrewarding, a lesson that Hafez Al Assad learnt some 40 years ago… Hezbollah militants – hardened by the 2006 war – fight in Homs pretending it is part of their war for the “liberation of Jerusalem”

Hezbollah turning its guns away from Israel and against the predominantly Sunni Free Syrian Army… sounds about right to many Shiites. After all, that conflict goes back 14 centuries; the one with Israel is only a few decades old.

Next, from Asharq Al-Awsat, “the world’s premier pan-Arab daily newspaper“, an article headlined “Hezbollah firing hundreds of rockets into Syria on daily basis” which quotes a Syrian opposition leader, Mohamed al-Homsi. Hezbollah, he says, is

“intervening in the fighting alongside the Syrian regime with all of its power… firing its rockets – the same rockets that it claims are to fight Israel – into Syrian territory to kill Syrian people… Between 100 and 150 rockets and mortar shells are being fired by Hezbollah into the Syrian town of al-Qaseer and the surrounding villages on a daily basis… It has become clear that Hezbollah is taking part, with all of its strength, in this battle, which it considers itself to be a part of. Hezbollah has sent thousands of its troops, along with military equipment and arms, into Syria, deploying them throughout Homs and the surrounding areas, in addition to Hama, Aleppo, Zabadani and Damascus. They are engaging in fierce clashes with rebel forces”.

Asharq Al-Awsat extends Hezbollah a right of reply. One of its Lebanese parliamentarians, Walid Sakaria, denies Hezbollah is firing rockets into Syria with this claim:

“it would be impossible to fire such rockets without people in the surrounding area hearing or seeing this… The accusations being leveled against us clearly demonstrate that Hezbollah is being targeted simply because it is an enemy of Israel and the US project in the region, and so we are not surprised to be facing such accusations.”

As brazen as his claims are, there are others (inevitably) who toe the same Hezbollah-uber-alles line. Take for instance this item published yesterday under the heading “Hezbollah condemns Beirut bombing: Effort to destabilize Lebanon underway” by Mick Kelly [online]:

“Hezbollah, the largest anti-imperialist political party in Lebanon, condemned the Oct. 19 Beirut bombing that took the life of Brigadier General Wissam Al-Hasan and others. In a statement, Hezbollah declared, “This hideous crime is a vicious attempt to target stability and national unity,” and urged the “security and judicial apparatuses to use all efforts to control the crime, uncover its committers, and bring them to justice.” Much of the western media is implying that supporters of Syria are behind the blast. There is no evidence that this is the case… Hezbollah and other progressive political forces, including Lebanese communists, have worked hard to build a powerful national resistance project that is capable of standing up to imperialism and Zionism.”

Well done, Comrade Mick, whose passion for peace and annihilation of imperialism most likely puts him in the same tin box as the people who publish the following progressive cant:

Hezbollah and Lebanon’s Baath Party have called for the annihilation of Israel, blaming the Jewish state for spearheading a “conspiracy” against the Syria-Iran-Hezbollah axis, Daily Star reports. In a joint statement, the two sides emphasized the need “to unify ranks in the face of the big conspiracy hatched against the resistance-rejectionist axis… The main enemy in Lebanon and the region is the Zionist entity and we must exert every effort and our energy to eradicate this arrogant entity,” they said.

IDF intelligence maps show Hezbollah weapons stored near schools, hospitals and residential buildings, marking a trend of using civilian villages as militant centers. [They have] turned over 100 Southern Lebanese villages into military bases. Now back to reality. The IDF has an operational understanding of Hezbollah considerably beyond that of almost anyone else. It went public with this reminder today of what the Hezbollah hordes actually do in the villages of southern Lebanon, including a video visualization [here at YouTube] of what it means to embed your fighters and munitions behind a human shield of Lebanese villagers:

* These maps and the 3D clip show how Hezbollah stores weapons near schools, hospitals, and residential buildings in the village of al-Khiam, which had been used as a rocket launching site during the Second Lebanon War. This same tactic of storing weapons near civilian buildings is being carried out by Hezbollah in villages all across southern Lebanon, essentially using the residents as human shields, in gross violation of UN Resolution 1701.

* Aerial photos of the al-Khiam village show that Hezbollah’s weapons have been stored near schools, hospitals, and residential buildings. During the Second Lebanon war, Hezbollah generally stored its weapons in open areas, enabling the IDF to locate and destroy these stores. In the four years since, Hezbollah has pursued a tactic of moving its weapons into civilian villages, essentially institutionalizing the tactic of using human shields on a large scale.

* IDF intelligence indicates that this village, with a current population of approximately 23,000 people, is one of several Hezbollah centers currently undergoing preparation for confrontation with the IDF. Today, about 90 Hezbollah militants, some of whom are part of the Special Forces prepared to confront IDF soldiers with explosive devices, mines and various types of antitank missiles, are operating in the village. According to intelligence, there are hundreds of rockets and mortar shells, with different ranges, already stored within the village.

* Four years after the Second Lebanon War, Hezbollah has strengthened its capabilities and resources. It currently has an arsenal of some 40,000 rockets.
Under the present condition, if war were to break out, Hezbollah could launch between 500 to 600 rockets a day towards Israel.

* Col. Ronen Marley, Commander of the Western Division on the northern border, explained that Hezbollah has been collecting information on IDF activities and events in Israel…. [He] estimated that a renewed conflagration between Israel and Hezbollah could happen anytime between today and next year. 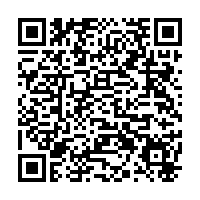