The cliche definition of insanity, as making the same mistakes over and over, while expecting different results, could apply to Moshe Abutbul’s response to the High Court decision to instruct new elections in Beit Shemesh.

“injustice and theft has been done in the wake of my sweet victory. There was not one Supreme Court ruling in favor of the ultra-Orthodox sector. The court despises the Right and the ultra-Orthodox. People tell me that if my name was not Abutbul the ruling would be different, and it’s hard for me to deny that. It is obvious what the public environment is and the judges swept after the media. I hope that a crushing victory in the upcoming elections will be our answer.”


Within this short response (which Abutbul had four months since the October elections to carefully consider beforehand) he accuses the Supreme Court of injustice, theft, of being hareidi-bashers, Sephardi-phobes and being corrupted by the Press.

The claim that the court was motivated by hatred of Sephardim was perhaps the most bizarre, as Moshe Abutbul was facing off in the court case against mayoral challenger Eli Cohen who is from..urr..Morocco.

This theme has been amplified by the Bet Shemesh Hareidi Newspaper, Chadash, which flatly accuses the whole legal system of being anti-chareidi and anti Sephardi -screaming in this weekend’s front page headline “My name is Abutbul [Sephardi] and I am Chareidi – so I didn’t have a chance”. Not a word of regret, soul searching, admission of fault, reaching out for unity.

Instead, the message is one of negative integration – rallying the Abutbul camp through claiming their camp is under vicious attack by malevolent external forces – in this case the Supreme Court, the District Court, the Police, The Attorney General, Yehudah Weinstein, Abutbul’s rival candidate, Eli Cohen, and presumably Lord Voldemort.

The famous book Who Moved My Cheese, posits that it is extremely difficult to change deeply entrenched habits and assumptions – a mouse will repeatedly go back to the cheese spot in the cage, even after the cheese stops being placed there, and new avenues to cheese are opened.

Ever since the voter fraud in Beit Shemesh was publicly exposed in a police sweep on election day, 22nd October 2013, Moshe Abutbul has taken the knee-jerk response to all criticism and perceived threats:

Deny; Minimize; Marginalize; Attack the Messenger (by calling non-Chareidim Chareidi-bashers; and by calling internal critics traitors); Attack the Victim (in this case Eli Cohen and the electorate of Beit Shemesh). If all else fails, the response is to admit to some measure of error, and sincerely promise to clear it up internally. And above all, Circle The Wagons!

In his election victory speech in October Abutbul missed an opportunity to unite the city, instead reverting to lashing out at the Press, demonic “outside forces” etc:

Abutbul stated that the elections had not only taken place over the last several months, but that they had been a “brutal battle” that started at the beginning of his first term when the press tried to “blacken” his name and make him into a “threat” to the non-haredi residents of Beit Shemesh.

“Today we see that all of the delegitimization did not stand the test,” the mayor said, stating that he always acted out of concern for peace, love and unity.
“I think that the media needs to search their souls” and the time for a “cease-fire” has come, he said. “The residents of the city noted clearly that they had enough of outside interference. Let us live in harmony.”

Moshe Abutbul also missed an opportunity to take the moral high ground against the election fraudsters.

If I had been Abutbul’s speechwriter I would have had him say in his election victory speech, and on every occasion since then:

“I was appalled that there are serious allegations by the police that there was widespread and organized election fraud in Beit Shemesh. If true, this criminal behavior brings shame upon Beit Shemesh. Anyone who is found to have been involved, directly or indirectly, in this election fraud will have no place in my coalition and I shall do everything in my power to make sure they have no further involvement in Beit Shemesh public life. I call on every single citizen across the community to actively assist the police in their inquiries and to bring criminals to justice.”

However, instead, Moshe Abutbul and the local Hareidi press have consistently accused the legal system of being solely motivated by hatred of chareidim; they have claimed that, if there was a crime, it was by a few random individuals; and that Eli Cohen had gone to the courts because Cohen was just a bad loser.
Have Moshe Abutbul and his supporters learned anything from their election debacle? Will they repeat their past mistakes? Can they kick the habit of negative campaigning and negative integration?

If their response to the Supreme Court ruling is an indication – then the Abutbul camp is back to business as usual in this month-long new election campaign till 11th March. 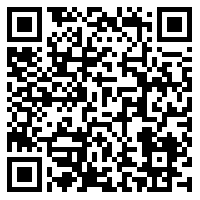