In an op-ed in the Friday edition of Yedioth Aharonoth, John Kerry’s brother Cameron Kerry rebuked the Israeli and Jewish-American right for their recent personal attacks on his brother. In doing so, he turned to the Holocaust, which, in my book, loses him the argument off the bat:

I don’t have the article in front of me, because it’s taken me years to recover from the disgusting Israeli habit of bringing 50 pounds of newspapers into the house every Friday and then OD’ing on them through the Shabbat – and I’m not going to put my already fragile psyche at risk for this job. So I’m relying on the JTA report, which is probably based on the English language original Kerry emailed them.

Anyway, Cameron Kerry described touring the Czech Republic last week with fellow members of his Boston congregation, Temple Israel, and saying Kaddish for siblings of his grandmother who were murdered by the Nazis.

“These experiences and their deeply personal meaning for my family make it all the more disturbing that some have recently suggested that my brother, John Kerry, had expressed ‘antisemitic undertones’ in his pursuit of a framework for negotiations, and some even suggested that he ‘has declared war on God’,” Cameron Kerry wrote, declaring, “Such charges would be ridiculous if they were not so vile.”

It’s a great technique, brother Cameron, to pick the most extreme and most primitive missive thrown at you, pretend it represents the overall content of the attacks on the Secretary of State, and be done with it.

But the majority of the criticism against your brother had nothing to do with his religiosity or his love of Jews, but with the fact that he’s a privileged buffoon seeking to aggrandize himself at a very heavy cost to the United States and to hundreds of thousands of Jews and Arabs.

We don’t think John Kerry is an evil antisemite, we think he’s an idiot.

We also don’t think he’s an honest broker. And we think he lies. In fact, we don’t only think it, we’ve established it, just Google your brother’s name, it’s everywhere.

According to JTA, the Kerry brothers first learned that their paternal grandparents were Jewish in 2004, during John Kerry’s run for the presidency, when The Boston Globe uncovered his grandfather’s roots, after Cameron Kerry had converted to Judaism. That same year, he teed me off when his brother sent him down to the Lower East Side, to be his messenger to the Jews.

You don’t see Obama sending his brother to be his messenger to Kenyan people.

So, anyway, back to my 10 year grudge against brother Cameroon Kerry. If you came to this article only to find confirmation for your concerns regarding the Secretary of State’s IQ count, there’s nothing about in the next few paragraphs. We’re going now down memory lane, to the 2004 presidential campaign, where John Kerry couldn’t defeat one of Barbara Bush’s less gifted children.

“For Kerry’s Jewish brother, pickle choice is order of day,” a Jewish Telegraphic Agency story ran in the fall of 2004, as the Democratic party’s nominee’s brother “discussed Jewish issues over a pastrami sandwich with [NY State] Assembly Speaker Sheldon Silver.”

That the event took place, according to JTA, at “Noah’s Ark deli on Grand Avenue,” can be forgiven. Grand Street, Grand Avenue, they’re all basically non-number thoroughfares down there, below Houston Street, where Jews and other colorful ethnics munch on their spicy foods. Less forgivable was the fact that the entire affair was depicted as a deleted scene from Fiddler on the Roof.

“The talk quickly turned to more important issues — like pickles,” reported JTA (a news agency featuring the telegraph in its name and, presumably, transmitting its reports by Morse code). The story continued: “Kerry said he preferred the half-sour variety, which he demonstrated by biting into one.” 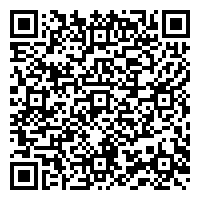