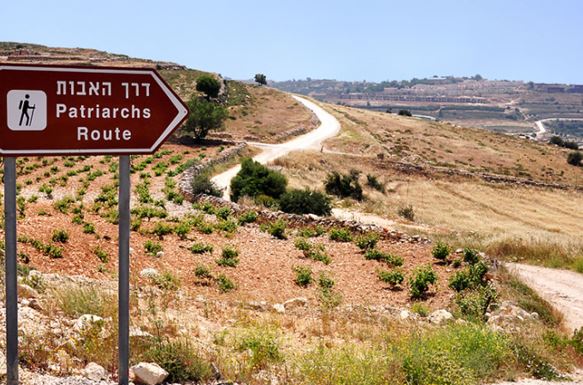 “Jacob departed from Beer-Sheba and (using this exact road) went toward Haran (Genesis 28:10)”

“Abram… proceeded on his journeys (using this route) from the South to…Between Beit El and Ai (Genesis 13: 2-3)”


“They anointed David as King over Israel…The King and his men went (using this route) to Jerusalem (2 Samuel 5: 3-6)”

Today we are visiting one of my favorite sites to guide, located in the heart of biblical Israel. Without a tour guide, this site called the “Patriarchs Route” looks like an ordinary (but clean) dirt road with beautiful panoramic views, but it is so much more! Along this route, you are walking on the actual road Abraham, Isaac, Jacob, Joseph, and King David walked on multiple times. Today this area (liberated by the IDF during the 1967 Six Day War) is vital to Israel’s security!

This ancient road (connecting the Jewish towns of Neve Daniel and Alon Shvut) is a remnant of the much larger route which started in Ber Sheva in Israel’s south and continued northwards, reaching as far as Shechem and Dothan. Along the way, the road passed through the Biblical cities of Hebron, Bethlehem, Jerusalem, Beit El, and Shiloh. The majority of stories recorded in Genesis occurred in the towns along this route.

The road is also known as the “Spine Route”. Due to the unique topography of the Judean Mountains, this route was the only place where a main Highway would make sense. This is because slightly to the right or left of the road, there are countless deep ravines and steep hills which would make passage difficult for travelers. However, the route in the middle (the “spine” of the mountain) is naturally flat, making it a convenient road for wayfarers.

When Abraham first came to Israel he entered Shechem, going southwards on this route until Beit El where G-d appeared to him, telling him that he would give Israel to his descendants. He then proceeded to pitch his tent and build an altar. After this, he went southwards, passing along the stretch of road we are visiting today (Genesis 12).

If you were visiting this site on a particularly fateful day about 4000 years ago, you would have seen a man in a rush, passing you on the road, trying to escape with his life. The man in question would have been Jacob, fleeing from the wrath of this brother Esau (Genesis 28 & 29).

When Jacob returned to Israel with his wives and children, he entered Shechem and started heading south on this ancient highway. One of his wives, Rachel, was heavily pregnant. After passing Jerusalem, close to Bethlehem, she went into labor. Although Rachel gave birth to a healthy baby boy named Benjamin, she passed away and was buried on the side of the road (for more on the Tomb of Rachel, click here). After the funeral, Jacob continued with the remnants of his family southwards, until he reached the area where we stand today. Just off the road, Jacob pitched his tent at a place called Migdal-Eder (Genesis 35).

This route was once covered in a thick forest of natural oaks, part of a chain of forests which started in Southern Turkey and continued until Hebron (the buffer zone between the Mediterranean climate and semi desert). South of Hebron, there is not enough rain to support these oak forests.

When several of Jacob’s sons were shepherding in Shechem, Jacob sent his favored 17 year old son Joseph to check on his brothers. Of course, the only road Joseph could have taken is the Road of The Patriarchs. When Joseph met with his brothers, they sold him into slavery and then claimed to Jacob that a wild animal had consumed him (Genesis 37). Today it is hard to believe that the brothers would make such a claim, because it seems farfetched that dangerous animals would live in this area. But since this area was once filled with forests and wildlife, it makes sense that Jacob would have believed them. Indeed, a mere 4-minute drive from here, David fought off lions which roamed the area (for more on the biblical animals which were found in Israel, click here). Where are the forests today? In the late 19th/early 20th century, the Ottoman Turks who ruled Israel destroyed most of its trees to build their railroads and factories. Although Israel is known today for its many forests, almost all of them were handplanted by the JNF after the founding of the State of Israel in 1948.

During the Second Temple period, the road continued to have great importance. Indeed, the annual Jewish holiday, Chanukah, is connected to this site. The Hellenic Greeks who ruled here wanted the Jews to assimilate and practice paganism. They made the observance of Jewish laws a capital crime and took over the Holy Temple, desecrating it by making it a place of worship to the idol Zeus. Wanting to remain faithful to the Torah, a small band of pious Jewish brothers called the Maccabees rebelled. They did not expect to win the war against the superior armed forces, but with G-d’s help they won the first three battles (circa 167 BCE). The fourth battle occurred further south in Halhul where the Jewish rebels were under siege. G-d caused a rebellion near the Greek general’s hometown, leaving them with no choice but to lift the siege and return home and leaving the Rebels with no opposition. Using this road, they marched on to Jerusalem and rededicated the Holy Temple. When they arrived in Jerusalem, they had only enough oil to last one day, but G-d created a miracle and it lasted 8 days. This is why Chanukah is celebrated for 8 days.

In the days of the Holy Temples, Jews had a commandment to visit Jerusalem three times a year (Passover, Sukkot, and Shavuot). Anyone living south of Jerusalem would take this ancient highway to get there (the remnant of the road we are visiting today is roughly halfway between Hebron and Jerusalem). To enter the Temple, a person had to be pure. One way to purify was to enter a Mikveh (ritual bath). The road abounded with Mikvehs, including a huge one, whose well preserved ruins tourists can visit today.

Eventually the Romans took control of Israel and modernized the highway. Here, two Roman milestones were found. One said, “11 miles” to Jerusalem, the other said “12 Miles”. This is the modern equivalent of roadside signs on a highway, letting you know how many miles are left until you reach your destination.

In 1888, the Ottomans paved the route. Today Highway 60 (a major artery in Israel) is based upon the foundations of the original road, though due to the Intifada of the early 2000’s, the road was rerouted in some places to bypass hostile Arab villages.

This site can be done by foot or by Jeep, and its proximity to Jerusalem and other amazing sites in the area make this an ideal stop on your next trip to Israel. To see a sample (day trip) tour itinerary of the area, click here. 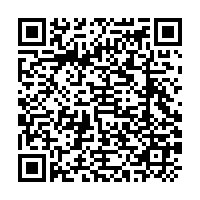