On Friday, we reported on a new book by Israeli journalist Barak Ravid titled “Trump’s Peace” that included an exclusive interview with former President Donald Trump in which the latter revealed great bitterness about what he considered a betrayal by then-Prime Minister Benjamin Netanyahu

(Trump: ‘The Elections Were Stolen and Netanyahu Ran to Congratulate Biden. I Haven’t Spoken to him Since. [Expletive] him’).


Over the weekend, News12 revealed a great deal more about the Trump-Netanyahu relationship, which may throw new light on more serious policy conflicts between the two men who for most of their careers considered themselves each other’s great friends (the text is translated from Hebrew).

“What did you think when Bibi started talking about annexing parts of the West Bank?” Ravid asked Trump in the interview that was conducted shortly after the Nov. 2020 election.

“I was angry and stopped it because it had already gone too far when he did the ‘Let’s annex everything and build on it,’ and we were not happy about that,” Trump answered.

“I heard that in your first meeting you told him, ‘What’s the problem if you stop construction for a certain period, a year, two years?’ Stop construction in the settlements – and he was not really happy about it,” Ravid said.

“Exactly. I told him, why are you doing this?” Trump said, and added, “Bibi did not want to make a deal. Even recently, when we came up with the maps and everything, he said, ‘It’s good, it’s good,’ everything was always great, but he didn’t really want to make a deal. I don’t know if he didn’t want an agreement for political or for other reasons. It’s too bad he didn’t say he didn’t want a deal, because a lot of people were dedicated to the process and worked very hard. But I don’t think Bibi was ever going to sign a deal. That’s my opinion. I think the general (Benny Gantz) wanted to make a deal.”

If you were looking for a vindication for Netanyahu on pushing for a Palestinian State since his historic Bar Ilan speech on June 14, 2009, in which he appeared to be giving away the store (well, half the store, anyway), Trump’s astute observation should do it. Netanyahu was willing to give lip service to Palestinian statehood, but nothing more.

A surprising aspect of the Trump interview is his sympathetic attitude toward PA Chairman Mahmoud Abbas, which shows you that politics is mostly about personality. Trump is heard to be praising Abbas and seems to think he would be a significant partner in advancing the political process.

“I thought he (Abbas) wanted to make a deal more than Netanyahu,” Trump told Ravid. “And to be frank, I had a great meeting with him, with Abbas, yes? We spent a lot of time together, talked about a lot of things, and he was almost like a father. He was so nice, he could not have been nicer.”

Then, Trump recalled, “After meeting with Bibi for three minutes, I looked at him and said ‘You don’t want to make a deal, do you?’ And he said ‘the truth is…’ and the fact is, I don’t think Bibi ever wanted to make a deal.”

“I thought the Palestinians would be impossible and that the Israelis would do anything for peace and an agreement. I found that to be untrue.”

So for him everything, when he says, you know, I want peace – it’s all rhetoric?

“I don’t know what it is. Maybe it’s politics,” Trump answered. “I stopped Bibi in the middle of a sentence and said, ‘Bibi, you don’t want to make a deal.’ I told him I had a very good meeting with Abbas, and we can definitely make a deal.”

And what was his answer when you told him that?

“‘Let’s think about it, let’s not move too fast,’ you know. After we started talking I said, ‘Wait a minute, you do not want to make a deal.'”

Trump devoted much of the interview to getting his disappointment with Bibi off his chest. If indeed, this litany reflects the former President’s decision-making process on foreign policy, he was probably the most intuitive and uncalculated president to have ever inhabited the White House. Trump appears to be entirely focused on his emotional relationship with Netanyahu – but at the same time, this relationship is strictly transactional: I did for you, now you do for me. One finds it hard to see where actual interests, American, Israeli, or Arab, were being considered.

“No one did more for Bibi and Israel than I did,” Trump boasted. “We gave a lot of money, and I gave. Or soldiers, everything we did. But again, if you look at the Golan Heights, you know, the Golan Heights was a big thing.”

Trump later added: “I said to David Friedman: ‘Give me a five-minute lecture on the Golan Heights, why it matters.’ I stopped him after one minute. It’s high, strategic, it’s so important right? I got it for you (meaning the Israeli reporter).”

No one knows where Trump got the above notion, that Netanyahu’s numbers improved by 15% after the US recognized Israel’s rule in the Golan Heights. The fact is that Israel’s highly divided voters either loved Bibi, in which case Trump’s gestures only helped to solidify their decision; or they hated Bibi, in which case the Golan simply didn’t matter.

But Trump held on to his conviction that “no one did any more for Bibi, and I liked Bibi, I still like Bibi. But I also like loyalty.”

The “General,” Trump’s nickname for Defense Minister Benny Gantz, was a different story. He recalled how Gantz’s people tried to get him a picture in the Oval Office with President Trump, and how Netanyahu’s people were trying to prevent with all their might – unsuccessfully.

“Benny Gantz – I liked him very much, I thought he was great,” Trump recalled. “He came to the White House, and he was someone who I think was a person who was much easier to do business with facing the Palestinians.”

Was he easier to deal with than Netanyahu?

And what did you think about him on a personal level?

“I liked him. I thought he was a very impressive man. He loves Israel. I just didn’t understand what happened to him, because I heard that at some point Bibi was supposed to leave office and he was supposed to come to power, and suddenly we’re going to elections.”

“I liked the General very much. I told you, I told Jared (Kushner) and David (Friedman), if he was the guy, if he won, I think it would be easier,” Trump recalled, and added one more time: “I don’t think Bibi wanted to make peace at all. I think they encouraged us all the way, saying ‘No, we want it, we want it.’ But Bibi is Bibi.”

Yes, Bibi is Bibi, indeed, and bottom line, everyone in the Trump White House understood Bibi was not going to usher in a Palestinian State – Gantz, on the other hand… 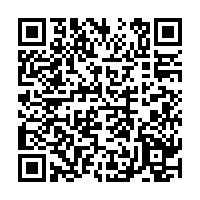