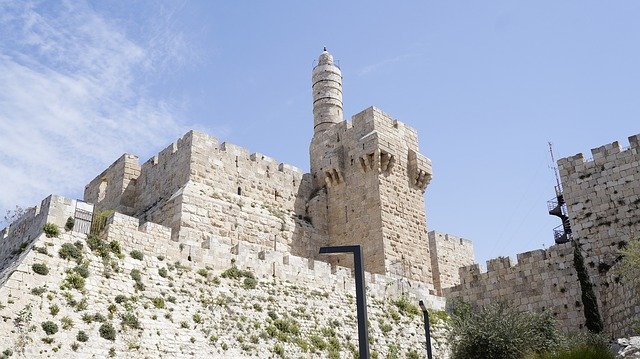 “When Hezekiah saw that (the Assyrians)…were headed for battle against Jerusalem…He rebuilt all the broken sections of the wall… and erected (a new) wall outside of it (Chronicles 2: 32: 2-5)”

Visiting the holy city of Jerusalem, and seeing its many sites where endless miracles took place,  is an uplifting experience. Today, I will take you to an important example of a site mentioned in Tanach (Bible), where G-d saved the Jewish people through an open miracle.

This site, popularly called the “Broad Wall”, is in the Jewish Quarter of the Old City, a mere 20 second walk from the main square. If you have travelled to Israel, you probably passed this treasure countless times and failed to notice it. The wall was built by Hezekiah, the Righteous King of Yehuda (Judah) close to 2600 years ago, in order to prevent the mighty Assyrians, the world’s super power of the time, from laying waste to Jerusalem, and exiling (or worse) its inhabitants.

The original Jerusalem of King David lay further to the south of here. Over the years, the city grew from its core to include this area. The city grew exponentially during the reign of Hezekiah, because of the refugees who trickled in after the fall of the Northern Kingdom of Israel (after King Shlomo (Solomon), the Jewish kingdom had split into two: Israel in the north, and Judah in the south).

The Assyrians, with their 185,000 troops, perhaps the largest army the world had ever known until then, conquered the fortified cities of Judah, and then set out for Jerusalem. Hezekiah had to act quickly, and he built this wall around the new parts of the city to protect its new inhabitants. The wall was 7 feet thick and 28 feet high.

Because Jerusalem is a city of valleys and hills, the wall had to be built according to topography, leaving some unfortunate houses outside of the city wall. Attached to the outside of the wall, you can still see the remains of these houses, whose stones were needed in the wall’s construction (see Isaiah 22:10).

The Assyrian army had never lost a battle in history, and Hezekiah knew only a miracle could save them. He and his future father-in-law Isaiah prayed for G-d to intervene. G-d promised Isaiah that no Assyrians would enter the city, and the people went to bed. G-d sent an angel that night, and burned the souls of the Assyrian soldiers, leaving 185,000 bodies around these walls, and removing the Assyrian threat. The people arose the next morning, and realized that G-d had saved them from destruction.

For years, archaeologists of the biblical minimalist camp said that the story never happened, because no remains from the period had even been found this far away from the City of David, and the city did not extent this far. This changed after the 6 day war, when Jerusalem was liberated from Jordan. During the 19 years of Jordanian occupation, the Jewish quarter and its holy sites were destroyed to remove any evidence of Jewish connection to the land. Now, archaeologists were able to dig under the debris (without interference from the buildings) and find this wall mentioned in Tanach (Bible). The pottery found in the area date to the time of the biblical story, and so, this wall is a living witness to one of history’s greatest miracles. 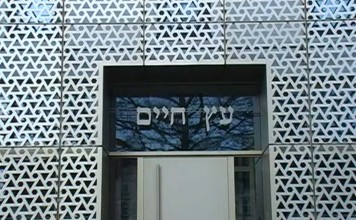