According to China’s Ambassador to Israel, Gao Yanping, “Culture goes beyond borders. Cultural exchanges constitute an important and dynamic part of China-Israel relations. Now the momentum is set. I am convinced that with our joint efforts the China-Israel cultural cooperation is bound to blossom.” To this end, the efforts of Israeli Barry Swersky are helping Chinese-Israeli cultural ties bud into fruition. In partnership with the Chinese Embassy and the Central Academy of Fine Arts (CAFA) in China, Swersky is arranging an exhibition in Israel exploring the future of Chinese art through the eyes of young artists. Swersky is also fostering a collaborative relationship between CAFA and Israel’s Bezalel Academy of Art and Design.

Swersky explains, “I have felt that Israeli cultural organizations, whether artists or orchestras, are seeking more ways to go to China. They went to China and started to look for contacts. They have been successful.” He added, “As the cultural organizations become more interested in China, they have found their way into China. People are discovering each other, so there is a greater flow. There are museums in China presenting Israeli artists.”

Swersky is not the only Israeli to be active in Israeli-Chinese cultural relations, as Israeli singer David D’Or has developed a solid audience in China and Israel Sinfonietta Be’ersheva has performed there twice. According to Swersky, “Already in May 1993, Israel and China signed a cultural agreement. In 2011, the governments agreed on a program for the years 2011 to 2015, a program which in general terms covers subjects such as culture and art, cultural events, museums and exhibitions, cinema and television, publication and literature.”

“Governments place great emphasis on ‘soft power,’” Swersky explained. “The identification with some elements of culture always helps Israel have a strong image in dance and music. It’s part of a country’s image.”

Eitan Press contributed to this report. 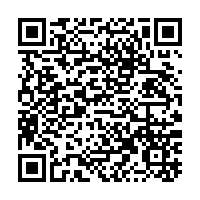