More than one Palestinian has spoken out against the latest EU boycott against Jewish communities in Judea and Samaria, claiming that it harms Palestinian interests. A senior level Palestinian Authority official who preferred to remain anonymous told Israel Hayom, “It’s not just Israeli companies that are going to be hit economically; it’s also going to be disastrous economically and socially for the Palestinian community.” The official added that the EU move will freeze joint projects between the two communities and force Israelis to stop hiring Palestinians.

The EU policy is expected to “affect everyone, whether Jew or Palestinian,”  Sammer Darawsha, who works as part of a joint Israeli-Palestinian agricultural project located near a Jewish community in Judea and Samaria, told Israel Hayom. “If they take away our livelihoods and food, exactly what kind of peace will be here?”

For these reasons, Mudar Zahran, a prominent Palestinian pro-peace and pro-democracy activist from Jordan, is also staunchly against the new EU boycott against Jewish communities in Judea and Samaria.  “The EU is not helping the Palestinians or peace in the region when it chooses to boycott settlement products or any Israeli products,” says Zahran. He notes, “Little did they know that the only people making the most of the economic growth of those settlements are the Palestinians themselves.”

“The majority of the workers at those settlements are Palestinians making European pay standards just a bus ride away from their villages,” Zahran added. Zahran recommends that the EU ”consider a different approach to trying to achieve peace in the Middle Easter other than utilizing flawed outdated concepts.”

A Hebrew in the Heartland – Mountains of Israel: A Taste of Heaven [audio] 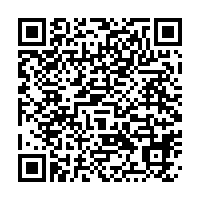