The BDS movement is a Palestinian-led attempt to harm the Jewish state by  misappropriating the language of the civil rights movement and the anti-apartheid struggle in South Africa. While it portrays itself as a national self-determination and human rights campaign, the BDS movement denies two key facts: 1) Israel itself represents the national self-determination of the Jewish people, and 2) the political landscapes of Israel and apartheid-era South Africa bear no resemblance, making any attempt to compare the two nothing more than anti-Israel propaganda.

While there are 49 Muslim nations, Israel is the only Jewish state in the world. After countless expulsions, the Spanish Inquisition, the pogroms of Eastern Europe, the Holocaust, and other atrocities and persecution throughout thousands of years of history, the need for a sovereign nation in the Jewish people’s historical homeland cannot not be denied.


Despite the historical record, BDS completely denies the Jewish people’s legitimate claim to the land of Israel. BDS also conveniently ignores the fact that Israel is not an apartheid state and that  prominent South Africans who lived under the apartheid regime repeatedly confirm this.

Once BDS’ deceitful ruse is exposed, it is clear that its true goal is simply to eliminate the State of Israel.  According to BDS’s founders, the movement seeks to destroy the Jewish character of the State of Israel by promoting the so-called “Palestinian right of return,” which is the main obstacle to peace and – if implemented – would turn Israel into the twenty-third Arab state and the fiftieth Muslim-majority nation. BDS also wants to force Israel to withdraw from all “disputed” territories, regardless of current realities on the ground or treaties to the contrary.

BDS’s true colors were revealed when movement head Omar Barghouti said, “If the refugees were to return, you would not have a two-state solution; you’d have a Palestine next to Palestine solution.” Pro-Palestinian activist Norman Finkelstein claimed that the BDS Movement wants, “the end of the occupation, the right of return,” and “equal rights for Arabs in Israel.” He recognized that the result of implementing all three is that there’s no Israel!

Indeed, BDS has no interest in promoting a peaceful solution to the Palestinian-Israeli conflict. Barghouti rejects peace talks with Israel or cooperating with liberal Israelis who support a two-state solution and instead advocates one-state in which the Palestinian Arabs are the majority. In other words, even if a Palestinian state was instantaneously created based on the 1967 borders, BDS would still lead an international campaign to boycott Israel.

Thus, the BDS Movement has more in common with the Nazi boycott of Jewish businesses than it does with past boycott movements aimed at achieving social justice because its main purpose is to harm Jewish interests. As the Simon Wiesenthal Center pointed out, “Unlike the Montgomery Bus Boycott— which invoked Christian love against white racism—BDS habitually crosses the line from legitimate criticism of Israeli government policies to historically toxic language demonizing the Jewish State and its supporters everywhere.”

While the anti-apartheid struggle in South Africa fought to give black South Africans equal rights within their own country, the BDS movement attempts to deny the Jewish people their homeland. 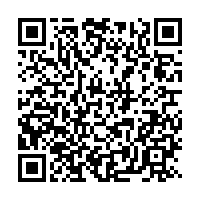