Kasim Kaz Hafeez, a British Muslim of Pakistani origin, spoke out against Muslim antisemitism at the Global Forum for Combating Antisemitism International Conference in Jerusalem, which was organized by the Israeli Ministry of Foreign Affairs and the Ministry for Jerusalem and Diaspora Affairs, in order to show his support for Israel. The conference attendees were split into working groups, such as: antisemitism on campuses, antisemitism in the former Soviet Republics, and antisemitism within the Muslim world. Itamar Marcus of Palestinian Media Watch was the co-chair for the working group on Muslim antisemitism and invited Hafeez to speak.

In his speech, Hafeez spoke about his “experience growing up around antisemitic messageswithin the Muslim community in Europe,” how “the messages affected and impacted” him, and “how the British university campus transformed” him into an antiSemite, until he “saw the light.”


Hafeez discussed how he came out of it. “The main emphasis was looking at antisemitism and the ways to combat it,” Hafeez explained.“I gave examples of extremist videos and DVDs and how they teach that it is a duty to kill the Jews.” He also spoke about “the link between antisemitism and anti-Zionism and how this delegitimization of Israel, negating Israel’s right to exist, is a key component of Muslim antisemitism.”

As a Pakistani Muslim, Hafeez finds it very interesting that many Pakistani Muslims hold antisemitic views, given the fact that most have never even met a Jewish person and have no personal experiences related to the Israeli-Palestinian conflict. He believes that the main explanation for why Muslims from countries like Pakistan have become so antisemitic is because of the propaganda disseminating throughout the Muslim world as well as the rise of radical Islam. Jamaat al Islami, the Muslim Brotherhood of Asia, for example, teaches antisemitism to the masses of Pakistan, preaching that the Jews are responsible for all of the worlds’ problems and that it is good to kill them.

As for antisemitism in the United Kingdom and Europe generally, Hafeez claimed that it is a growing problem and a lot of it has been spread via hostility to the State of Israel. He claims that the Israeli-Palestinian conflict is being used to further antisemitic ideas, statements, and images, yet it is being “repackaged as anti-Israel. So instead of saying Jews control the world, they say the Zionists control the world. It has become acceptable, sadly.” Hafeez believes that the best way to deal with Muslim antisemitism in the United Kingdom is to acknowledge the problem, for “you can’t tackle an issue until you mention it is an issue.” He suggests a zero tolerance policy when it comes to antisemitism, because “one attack because of religious or racial hatred is one too many.”

At the conference, Hafeez claimed that he only got positive reactions and he hopes that some good recommendations for how to address antisemitism will come out of it. Hafeez asserted that his main reason for coming to Israel was to show solidarity with the State of Israel and to work towards eradicating antisemitism because “the same groups, the same people that propagate antisemitism will turn their focus to other groups, so it is so important that we stand against hatred and intolerance.” He sincerely hopes that other Muslims will understand why it was important for him to come to Israel to speak at this special conference. Although he realistically expects a lot of hostility, Hafeez believes that he is moving in the right direction if even one or two Muslims come to understand the importance of coming to Israel to take a stand against antisemitism. 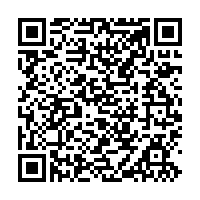