U.S. Secretary of State John Kerry is trying to bribe the Palestinians by offering them economic projects in return for political concessions, Palestinian Authority officials claim.

The claim was made in response to Kerry’s plan for peace in the Middle East, which envisages a $4 billion investment in the Palestinian private sector.

Speaking at the World Economic Forum conference at the Dead Sea, Kerry said that an independent Palestinian economy is essential to achieving a sustainable peace.

The Palestinians say that Kerry and President Barack Obama have convinced themselves that the Israeli-Palestinian conflict can be solved through economic prosperity.

But Mohamed Mustafa, chairman of the PLO’s Palestine Investment Fund, a body established in 2003 as an independent investment company to strengthen the Palestinian economy through strategic investments, said that Kerry was wrong to believe that the Palestinian Authority would make political concessions in return for money.

Mustafa said that any economic plan should be part of a political framework that would ensure a full Israeli withdrawal to the pre-1967 lines, including east Jerusalem, and guarantee the “right of return” for Palestinian refugees to their former homes inside Israel.

Palestinian Authority officials say that Kerry has been focusing on boosting the Palestinian economy, but that he still has not come forward with a new initiative to revive the peace talks with Israel. “There is no such thing as economic peace,” Saeb Erekat, another leading official, explained. “The political and economic factors are intertwined and go together.”

Hamas has also rejected Kerry’s economic plan to help the Palestinian economy. Hams has dubbed it a deception on the part of the U.S. Administration.

This is not the first time that the Americans or the Europeans try playing the economic card in an effort to get the Palestinians to make concessions to Israel. Billions of dollars that were given to the Palestinians over the past two decades have not had a moderating effect on any Palestinian.

The Americans and Europeans are clearly not listening to what the Palestinians are telling them: that dollars and euros will not change the hearts and minds of the people.

This does not mean, of course, that the Palestinians will refuse what they are being offered. They will take the money, but at the end of the day, they will continue to stick to their demands, including the “right of return” of Palestinian refugees and a full Israeli withdrawal to the pre-1967 lines.

In wake of the Palestinian reactions to Kerry’s “bribes,” it is hard to see how Palestinian Authority leader will be able to return to the negotiating table with Israel. If Palestinian President Mahmoud Abbas accepts Kerry’s economic plan and resumes peace talks with Israel, he will be accused of “selling out” to Israel and the U.S. in return for money.

Kerry’s talk about boosting the Palestinian economy has only complicated his mission of seeking to bring Israelis and Palestinians back to the negotiating table. It would be better if the Americans and Europeans started listening to what the Palestinians are telling them out loud and in public. 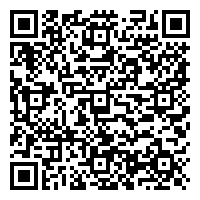