Foreign Minister Avigdor Liberman slammed those who blame the victims – in this case, three teens abducted on Thursday by Hamas terrorists: Eyal Yifrach, 19, Gilad Shaar, 16, and Naftali Frenkel, 16. “My heart is with the abducted children,” Liberman stated on Monday. “There is nothing more infuriating than blaming these youths or their families by saying that the abductions happened because they chose to study in Gush Etzion (an area in Judea) or because they dared to hitchhike in a place where there is limited public transportation.”

Acts of terror are not limited to Judea and Samaria, Liberman stated.


“According to this logic it would be possible to say that those who came to the Passover seder at the Park Hotel in Netanya, or the people who sat at Cafe Sbarro in Jerusalem [which was blown up during the Second Intifada], or the American victims who worked in the Twin Towers are responsible for their own deaths,” he said.

Indeed, as pointed out by Honest Reporting, a site that monitors media bias against Israel, coverage of the kidnapping has included the “worst…problematic reporting.”

Several media sites are using the word “settlers” to describe the captive youths, rather than something neutral, such as “teenagers” or “students.”

“Far better to portray Yifrach, Shaar and Frankel as ‘settlers’ and political actors rather than Israeli kids trying to get home from class,” Honest Reporting notes, citing more examples of biased reporting on the situation. “This emphasis excuses the actions of Palestinian terrorists and attempts to ‘understand’ why they should wish to carry out a kidnapping, which now becomes the fault of the victims rather than the terrorists.”

Terrorism does not distinguish between New York and Gush Etzion

“Terrorism is terrorism and it does not distinguish between New York, Netanya, or Gush Etzion,” Liberman asserted.

“Drawing conclusions about how the teens acted, or how the police or security forces responded should be delayed until after this kidnapping event is resolved,” he added. 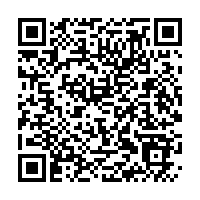