On Shavuot, which Jews celebrated yesterday (and which is still being celebrated by Jews outside of Israel today) the Jewish people traditionally read the Book of Ruth. According to various Jewish sages, this is done because (a) the holiday of Shavuot falls in the harvest season and a great part of the story of Ruth took place during the barley harvest; (b) King David was one of Ruth’s descendants and King David’s birthday and death date both fall on Shavuot; and (c) because Ruth was an excellent model for all righteous converts to Judaism, and during the Mount Sinai event the people of Israel experience a similar rebirth as they transform from a people composed of freed slaves into the Nation of Israel in a covenant with God.

The Ruth story demonstrates how all Jews should treat the strangers among us. The righteous Boaz looked out for Ruth, even though she was of foreign origin and was part of the Moabite nation that didn’t have such a pleasant history with the Israeli nation. Boaz’s behavior demonstrates how Jewish ethics teach us that we should always look out for the unfortunate, regardless which nation they are part of and what our history is with that nation.

Excellent contemporary examples of Israel living by this principle include an Israeli hospital looking after a disabled Palestinian baby who has been abandoned by his parents, Israel providing medical treatment for Iraqi children with heart problems, Israeli soldiers assisting a Palestinian child who was injured by a Palestinian rock thrower, Israel offering medical assistance to a Sudanese woman, and Israel treating Syrians who were wounded as Assad kills his own people. Israel continues to provide Palestinians, Iraqis, Sudanese people, and other members of enemy nations the chance to receive medical treatment in Israel due to our understanding of Jewish ethics and values.

Another important lesson that the story of Ruth offers is a guide for how non-Jews can become Jewish. Judaism teaches that all converts need to be rejected three times, before they are permitted to embrace the Jewish faith. Then, upon entering the Jewish nation, they become strongly committed Jews, for they wanted to become Jewish so badly that they overcame all obstacles in order to achieve this. Indeed, Naomi rejected Ruth’s requests to come with her to Israel more than once, before she relented and let her join her.

Furthermore, Boaz, by letting Ruth glean on his fields, was also ensuring that Naomi was taken care of, even though both she and her husband abandoned Israel during a time of famine while Boaz remained behind to help others, and even though Naomi’s husband died because he was not generous enough with the poor. Boaz’s treatment of Naomi teaches us that we should always take care of our family when they are in need, especially if they are widows, regardless what that relative has given in return. 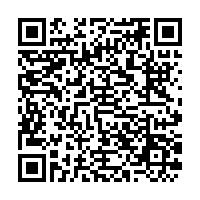