Based on the Jewish Sages.

1.   Shavuot (Pentecost) was, originally, an agricultural holiday, celebrating the first harvest/fruit by bringing offerings (Bikkurim-ביכורים) to the Temple in Jerusalem.  Following the destruction of the second Temple and the resulting exile in 70 AD – which raised the need to entrench Torah awareness in order to avoid spiritual and physical oblivion – Shavuot became a historical/religious holiday of the Torah.  The Torah played a key role in shaping the U.S. Constitution and the American culture, as well as the foundations of Western democracies.


Shavuot is celebrated by decorating homes and houses of worship with Land of Israel-related crops and flowers, demonstrating the 3,500 year old connection between the Land of Israel (pursued by Abraham), the Torah of Israel (transmitted by Moses) and the People of Israel (united by David).  Shavuot is the holiday of humility, as befits the Torah values, Moses (“the humblest of all human beings), the humble Sinai desert and Mt. Sinai, a modest, non-towering mountain.  Abraham, David and Moses are role models of humility and their Hebrew acronym (Adam – אדמ) means “human-being.”  Humility constitutes a prerequisite for studying the Torah, for constructive human relationships and a prerequisite to effective leadership.

Shavuot – a spiritual holiday – follows Passover – a national liberation holiday: from physical liberation (the Exodus) to spiritual liberation/enhancement (the Torah), in preparation for the return to the Homeland.

Shavuot reflects the centrality of “seven” in Shavuot and Judaism.  The Hebrew root of Shavuot (שבועות) is the word/number Seven (שבע – Sheva), which is also the root of “vow” (שבועה – Shvuah), “satiation” (שובע – Sova) and “week” (שבוע – Shavuah). Shavuot is celebrated 7 weeks following Passover. God employed 7 earthly attributes to create the universe (in addition to the 3 divine attributes).  The Sabbath is the 7th day of the Creation in a 7 day week. The first Hebrew verse in Genesis consists of 7 words. The 7 beneficiaries of the Sabbath are: you, your son and daughter, your male and female servants, your livestock and the stranger.  God created 7 universes – the 7th hosts the pure souls, hence“Seventh Heaven.” There are 7 compartments of hell. There are 7 basic human traits, which individuals are supposed to resurrect/adopt in preparation for Shavuot. 7 key Jewish/universal leaders – Abraham, Isaac, Jacob, Moses, Aharon, Joseph and David – are commemorated as distinguished guests (Ushpizin in Hebrew) during the Tabernacle holiday, representing the 7 qualities of the Torah. 7 generations passed from Abraham to Moses. There are 7 species of the Land of Israel (barley, wheat, grape, fig, pomegranate, olive and date/honey. In Hebrew, number 7 represents multiplication (שבעתיים–Shivatayim.  Grooms and Brides are blessed 7 times. There are 7 major Jewish holidays (Rosh Hashanah, Yom Kippur, Tabernacles, Chanukah, Purim, Passover and Shavuot); 7 directions (north, south, west, east, up, down, one’s inside); 7 continents and 7 oceans and major seas in the globe; 7 world wonders; 7 notes in a musical scale; 7 days of mourning over the deceased; 7 congregants read the Torah on each Sabbath; 7 Jewish Prophetesses (Sarah, Miriam, Devorah, Chana, Abigail, Choulda and Esther); 7 gates to the Temple in Jerusalem; 7 branches in the Temple’s Menorah; and 7 Noah Commandments.  Moses’ birth and death day was on the 7th day of Adar.  Jethro had 7 names and 7 daughters. Joshuaencircled Jericho 7 times before the wall tumbled-down.  Passover and Sukkot (Tabernacles) last for 7 days each. The Yom Kippur prayers are concluded by reciting “God is the King” 7 times.  Each Plague lasted for 7 days.  Jubilee follows seven 7-year cycles. According to Judaism, slaves are liberated, and the soil is not-cultivated, in the 7th year. Pentecost is celebrated on the 7th Sunday after Easter.

3.  Shavuot is celebrated 50 days following Passover, the holiday of liberty.  The Jubilee– the cornerstone of liberty and the source of the inscription on the Liberty Bell (Leviticus 25:10) – is celebrated every 50 years. Judaism highlights the constant challenge facing human beings: the choice between the 50 gates of wisdom (the Torah) and the corresponding 50 gates of impurity (Biblical Egypt).  The 50th gate of wisdom is the gate of deliverance.  The USA is composed of 50 states.

4.  Shavuot sheds light on the unique covenant between the Jewish State and the USA: Judeo-Christian Values.  These values impacted the world view of the Pilgrims, the Founding Fathers and the US Constitution, Bill of Rights, Separation of Powers, Checks & Balances, the abolitionist movement, etc. John Locke wanted the 613 Laws of Moses to become the legal foundation of the new society established in America. Lincoln’s famous 1863 quote paraphrased a statement made by the 14th century British philosopher and translator of the Bible, John Wycliffe: “The Bible is a book of the people, by the people, for the people.”

5.  Shavuot is the second of the 3 Jewish Pilgrimages (Sukkot -Tabernacles, Passover and Shavuot – Pentecost), celebrated on the 6th day of the 3rd Jewish month, Sivan.  It highlights Jewish Unity, compared by King Solomon to “a three folds cord, which is not quickly broken” (Ecclesiastes 4:12).  The Torah – the first of the 3 parts of the Jewish Bible – was granted to the Jewish People (which consists of 3 components: Priests, Levites and Israel), by Moses (the youngest of 3 children, brother of Aharon and Miriam), a successor to the 3 Patriarchs (Abraham, Isaac and Jacob) and to Seth, the 3rd son of Adam and Eve.  The Torah was forged in 3 manners: Fire (commitment to principles), Water (lucidity and purity) and Desert (humility and faith-driven defiance of odds). The Torah is one of the 3 pillars of healthy human relationships, along with labor and gratitude/charity. The Torah is one of the 3 pillars of Judaism, along with the Jewish People and the Land of Israel. 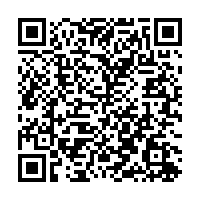