I took what I considered a daring step and went to the neighborhood hardware store which borders the Jewish and Moslem Quarter to discuss the situation with one of the owners, a Muslim Arab.

When I had danced by his store on Simchat Torah during hakafot, I had joked to him how they just had their holiday and now we have ours, but he did not respond in his usual jolly manner. Then I noticed that standing next to him was a burly young man donning an Al Aksa polo shirt and understood that he could not be friendly to a Jew near him. Less than a minute later I saw his brother, said the same line and got a smiling, friendly response — just what I had expected from the first exchange.


So Friday I walked in to the store and told the son that I want to relay something his father told me during the first intifada. He was actually quite curious to hear and even smiled (amazing the change when you don’t have a threatening goonfrom Al Aqsa standing next to you!!). I recalled to him how I came into the store and asked the father why they were striking when the Hamas leadership told them to strike. Why couldn’t he stand up for justice and for his business as well? He answered quite frankly that Hamas would burn down his house if he did not comply.

I told the son that I noticed that this time they did not strike when a strike was declared and hoped that this time round they would have the guts to stand up for what is right, as both sides are suffering. He nodded his head in seeming agreement, but will he be able to stand up to the threats of a murderous leadership? Simchat Torah was very telling, but maybe, just maybe, my words will make a difference.

I decided that something had to be done to pick up the spirits of the residents of the Old City. Since the horrific murders on Sukkot we have all been sad, weary and wary, looking over our shoulders and thinking twice before going out. So, as the well-known adage goes: They tried to kill, they didn’t succeed, let’s eat!

Together with the Jewish Quarter council and dozens of volunteers we put together a mass community Kiddush in the main square of the Jewish Quarter and over 300 people joined in. We had two inspirational speakers: Yosef Attali, whose son Elchanan was murdered on Rechov Hagai 25 years ago, and Rav Yisrael Ariel of the Temple Institute. The Kiddush brought people out of their homes and into the street to declare with their very being that we are here to stay and will not be afraid to walk in our streets.

Shabbat is our bubble … we may hear sirens, or helicopters overhead, but with no radio or internet we can continue with our Shabbat calm. The Todah Zahal organization (Thank Israeli soldiers) wanted to keep the bubble floating just a little bit longer so they asked singer Yitzchak Mayer to make a community Havdalah service in the square and it looked like every seminary girl within a 1-mile radius showed up to sing and dance together!

So, you turn on the news after Shabbat and hear about stabbings, shootings and more insanity … but we in the Old City started our week with a special protective shield provided us by a wonderful community who pulled together to give each other chizuk (strength)!

Last week’s attack burst that bubble. Somehow, thwarted attacks make you feel more in control. Then, when the enemy succeeds in their murderous plans, the sorrow is immense and alertness rises another notch.

As I walked to visit my brother who is here visiting from Atlanta, I literally walked with my back against the wall whenever I spoke on my phone so that no one could catch me by surprise! I saw joggers passing me with batons and my brother saw an ex-combat soldier walking with a branch. Nevertheless, with all of our sorrow and with all of our fear, we continue to walk, jog, visit and live.

So, that is today’s message to you. While we may be attending lectures on dealing with trauma and stocking up on pepper spray, we are continuing to live our lives, albeit with caution.

Every time we see a group of tourists walk by we give them a big “Thank you!” Normally you’ll hear us Old City residents complain about the loud tourists who interfere with our day to day lives, but not now. I urge you all to hop on the plane (it’s almost Black Friday….any tickets on sale?) and come give the people of Israel the pat on the back that they need. We are all soldiers in the current war against our right to live in our Land and you are the ammunition that keeps us going.

Am Yisrael Chai from the Rova HaYehudi! 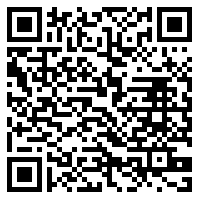