The Israeli citizenship of the Arab who glided from the air into Syria Saturday night will be revoked, Prime Minister Binyamin Netanyahu said at the beginning of Sunday’s weekly Cabinet meeting.

The Arab, as reported here, set off a crisis after the IDF discovered that someone had paraglided from the Israeli side of the Golan Heights into Syria.


The IDF began a search for the man, but once it was clear that the paraglider had crossed into Syria to join the enemy, either the Islamic State (ISIS) or the Al Qaeda-linked Al Nusra Front, the search was called off.

We are constantly fighting Daish, Jabhat – Al Nusra and other terrorist organizations.

Yesterday an Israeli civilian crossed our border in the Golan Heights into Syria to join the ranks of the enemy. We will act to nullify his citizenship. That is what is done in any such case.

Whoever joins the ranks of the enemy to fight against Israel, will not be an Israeli citizen.

Hezbollah, Lebanon, Syria and Hamas officially are enemies or illegal in Israel. Does that mean that the citizenship of any Israeli who joins Hamas, or Islamic Jihad, will be revoked?

And how about Mahmoud Abbas’ “resistance” terrorists working for his Fatah party?

No chance. Israel has not declared Fatah an illegal terrorist organization.

It is headed by Israel’s “peace partner.” 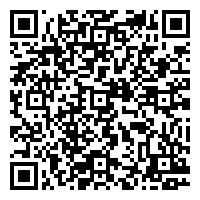