San Francisco’s Everett Middle School’s Principal, Lena Van Haren, was in the news recently because she withheld the publication of the results of the student council election. She didn’t like the outcome. In her view too many white students were elected in a school with a student body of about 80% students of color, mostly Hispanic students. Justifying her decision she stated, “That is concerning to me because as principal I want to make sure all voices are heard from all backgrounds.” What happened to the cherished American concept of the will of the people? Her decision was met with a great deal of anger on the part of students and parents alike. As of this writing, she has been forced to back down.

I realize student elections are not very significant. In spite of these elections, schools are run by their adult staff. More often than not, those elected are the most sociable students or the “jocks,” the outstanding athletes. Yet I wonder if this portends the brave new world we are moving toward where one’s ethnicity and race are more important than one’s ability.


And to think all this began because of a well-meaning effort on behalf of American society to somehow balance the scales of equality toppled by slavery through affirmative action. In a society where one’s ethnic or racial connection and that group’s percentage in the general populace is taken into consideration, a small population of overachieving ethnics will pay a very steep price. American Jews beware – a brave new world may be afoot. This is a very serious matter.

In the 1950s New York City was experiencing a mass exodus of the moderate earning middle class. It was determined this exodus was due to the lack of reasonably priced housing for this essential group of taxpayers. To remedy this, New York State passed the Mitchell-Lama law. Here is how it is described by the State of New York.

“The Limited Profit Housing Companies Act was created in 1955 for the purpose of building affordable housing for middle-income residents. The housing developed under this program is more commonly known as Mitchell-Lama housing, derived from the last names of former Manhattan State Senator MacNeil Mitchell and former Brooklyn Assemblyman Alfred Lama, who sponsored the legislation. It is officially embodied in the Private Housing Finance Law and is designed to accommodate the housing needs of moderate income families. …A total of 269 State-supervised Mitchell-Lama developments with over 105,000 apartments were built under the program.” My family was one of those who took advantage of this wonderful opportunity to improve our housing conditions.

Our family of five, my parents and my two brothers, lived in a small one bedroom apartment in the Bensonhurst section of Brooklyn. Every time I think of that dismal, confining apartment in which I lived for the first 16 years of my life. I recall the old joke. “Sarah, what do you think about the situation with Red China?” Sarah responds, “I don’t know from nothing, I live to the back.” We lived “to the back.” Our apartment’s windows opened onto a dark alley festooned with clotheslines. Our parents slept on a “high-rise” in the living room and my brothers and I slept in a very crowded bedroom. It was terribly hot in the summer and all too cold in the winter. And then came Luna Park.

Built in the 1960s, located on the former grounds of the famed Luna Park amusement area adjacent to the Coney Island terminus of four of the BMT subway lines, the Sea Bach, West End. Culver and Brighton, the original amusement park had burned down many years ago. The City had built a large housing project consisting of five buildings with over 1,500 apartments, named in honor of the old amusement park – Luna Park Village. In a move to provide additional apartments for the ever emigrating moderate middle class, just prior to its completion, it was turned into a cooperative development under the Mitchell Lama law.

Being regular Coney Island “beach bums” we watched the project being built and when the sign went up announcing it would be a cooperative development for the moderate middle class we applied for a three-bedroom apartment. The day we moved in was a life-changing experience. Living on the 17th floor with a breathtaking view of the Atlantic Ocean, we now resided in a comfortable, modern apartment. Most of our neighbors were Jewish, expatriates of Bensonhurst, West Coney Island, East New York and Brownsville. But a block from the boardwalk and the beach, our summers were marked by beautiful ocean breezes. My father, always an active community type, was elected vice president of the co-op. All was well until…

New York’s mayor at the time was John Lindsay. This was the 1960s. Many American cities were experiencing terrible riots with whole neighborhoods burned to the ground. Lindsay with aspirations for the White House, came upon a method by which to limit such riots – appeasement.

Luna Park’s Board of Directors was informed that a representative of the Mayor would like to attend their next meeting. The representative explained there was a need for housing for the poor – those on welfare. It was decided the city would purchase the next 20 or so apartments becoming available in Luna Park and would house welfare families in them. Of course, given the cooperative was developed under the Mitchell Lama Law, this was illegal. The apartments were exclusively available for purchase by individuals of moderate middle income. Were this to take effect, many of those now living in Luna Park who had left their previous neighborhoods because of the destruction and crime so prevalent in communities with a large population of inner-city poor, would necessarily seek another community in which to reside, no doubt, outside of New York City, defeating the very purpose of Luna Park. The co-op’s Board was told by the representative that others representing the mayor were meeting with the boards of similar cooperative developments throughout the city. Most of those developments, as Luna Park, had a large population of Jewish families.

My father stood his ground stating the Mitchell Lama law precluded such action, and the cooperative functioned in a truly American way. Apartments were sold on a first come, first served basis. The list of those waiting for an apartment in Luna Park was publicly posted in the cooperative’s office. One merely had to meet the requirement of an income defined as moderate middle income to qualify for the list. Without going into greater detail, my father had taken on a real battle in life, not only for our cooperative development, but for the others in the city as well. In the end in a meeting with the deputy mayor of the City of New York he warned he was prepared to go to court and was confident he would win his case. The mayor’s office backed down. Other cooperatives in the city who followed my father’s lead experienced the same result. My father spearheaded the conversion of the former management offices of Luna Park into a wonderful and spacious community center, which was named in his honor,

Today Luna Park Village is the home to many Jewish immigrants from the former Soviet Union, who, like the Lefkowitz family, find it to be a beautiful and comfortable community in which to raise their families.

As never before, Americans all must cherish and protect this foundational element of our society. None of us is to be judged by our race, ethnicity, or creed for discrimination or for advantage for that matter, in a truly free America. 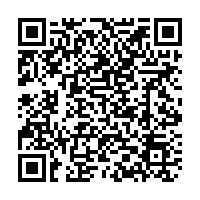