Back around the year 2000, I was invited by my very good friend, Rabbi Judi Abrams, to come on board a new project of the Central Conference of American Rabbis (CCAR), a comprehensive prayer book that would streamline and organize the countless versions of Reform prayer books that had been out there.

I use the title Rabbi in Judi’s case, even though it isn’t the policy of our publication to use this honorarium for non-Orthodox clergy, much less women clergy, because she has earned it. She is one of my non-Orthodox friends who truly love the Talmud and know how to learn. So, when she invited me to be the designer of the new prayer book, I grabbed it. I needed the money—this was at the bursting phase of the first Internet bubble, and all my online clients had been massacred. But the project also offered me an interesting fig leaf, which I could use to justify my collaboration: this was going to be the first Reform siddur in history to include the full Sh’ma Israel reading, all three passages.

During my two years, on and off, working on the siddur project, I began to develop a theory that the Reform, despite their anti-halachic, or a-halachic stance, were still inside the rabbinic umbrella. Based on my encounters with the more learned in the movement (I also met many stereotypical Reform rabbis who couldn’t fight their way out of a paper bag made of blatts of gemora), I began to think of the Reform, especially the rank and file, as amaratzim — (lingo for Amei Ha’aratzot) the equivalent of the uneducated masses at the time just after the destruction of the second temple. The sages, who originally abhorred and loathed those amaratzim, once the temple was gone and the dark Diaspora had begun, started to view them as inseparable from the rest of the Jewish nation.

I felt that, despite its abysmal relationship with classical and traditional Judaism, the Reform movement was not beyond hope. And I offered, on a number of occasions, the following illustration to support my view:

We were at a large editorial meeting, discussing the texts of the Eighteen Blessings, the silent prayer or “Amida.” The Reform versions of the Amida range from ridiculously cumbersome to infuriatingly PC—compared with the traditional text, which is smooth and elegant, even in the Sephard version, which offers several alternative phrases in a number of places. No question, the Reform Amida was begging for a streamlining job.

Then one of the editors, a female clergy, suggested we add a special shmoneh-esreh blessing for our suffering LGBT brothers and sisters.

Needless to say, my little brain was working overtime trying to find justifications for that one. Was there any way that I, as an observant Jew, could lend my name to a siddur that included a special prayer for folks who break a major commandment? Might as well add a blessing for folks breaking Shabbes and another, special one, for our brothers and sisters who suffer from trichinosis. I was done for—the Yanover family would be going without fish Friday night.

But then the moderator told this nice lady: “Bring me a pasuk,” meaning offer a verse in the entire Jewish Bible that would support and illustrate the above mentioned suffering.

He spoke like a Jew. Never mind the outcome (I was let go a few months later, because of my tendency to open my big mouth to my superiors, so I never found out) – the man approached prayer from within the tradition, not as a sworn violator of the tradition. There was hope.

That episode also cost me a job with a new Haredi magazine, a competitor to Mishpacha, which hired me for a scary amount of money as senior editor—only to let me go after my boss had discovered my notes online regarding my hope for the Reform. 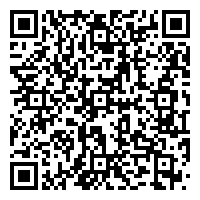