For as long as I’ve had my U.S. citizenship, I would wonder every election day, standing in line before the folding table where the nice elderly lady rifled through the voters book in search of my name. When she found it, she would push the book at me and ask me to sign my name on the blank line, right below a sample of my signature.

It occurred to me, time and again, that anyone, male or female (my full name Yoram could be totally acceptable from a female in our neck of the woods), could come up to the table in my place, say that they’re I, and copy my signature. Then they could go inside the booth and pull the lever any way they wished.

Nevertheless, I accept the much publicized fact, normally provided by liberal sources, that the rate of voter fraud in the U.S. are miniscule.

In 2007, a report prepared by the staff of the federal Election Assistance Commission found that, among experts, “there is widespread but not unanimous agreement that there is little polling place fraud.” The report was based on research conducted by Job Serebov, Republican elections lawyer, and Tova Wang, voting expert from the Century Foundation. The final version released to the public, however, stated that there was “a great deal of debate on the pervasiveness of fraud.” (Wikipedia)

An article in Slate reported that during the Bush 2 Administration, DOJ ” devoted unprecedented resources to ferreting out polling-place fraud over five years and appears to have found not a single prosecutable case across the country.” (Wikipedia)

But we did have incidents in our recent history, when major elections were decided based on questionable voting, once in 1960, once in 2000. Why not bolster the veracity of our voting system by requiring that each voter present a picture ID?

The most common argument from the left is that this would be a blatantly anti-minority, anti-poor and anti-elderly move. Elderly Black folks who never owned a car just don’t have a driver’s license, and may not have the skill set and mobility to acquire a state picture ID for non-drivers (every state is obligated by law to provide one, free of charge).

The Democratic Party has criticized voter identification laws, voicing concerns that the laws could lead to disenfranchisement of poor, minority or elderly voters. But in 2012 an investigation by Reuters found that voter ID laws in Georgia and Indiana had not led to lower turnout of minorities and concluded that Democratic concerns about this “are probably overstated.” Reuters reported that in Georgia there was an increase of four percent in turnout for African American voters in 2008, compared to 2004, which was prior to the voter ID law (of course, 2008 was also the Obama year, but it shows that if the poor, the minorities and the elderly are charged up by the elections—they’ll make the effort to get themselves ID cards). (Wikipedia)

In the 2010 Georgia midterm elections, turnout for African Americans was seven percent higher than the midterms in 2006, before the voter ID law was introduced. In Indiana, while no information is collected on the race of voters, Reuters found that voter turnout increased in 2008 for two counties with non-white populations higher than 40 percent. Also, in the Indiana midterm elections of 2006 and 2010, turnout increased compared to the 2002 election before the voter ID law was introduced. (Wikipedia)

Just one digression: it strikes me as amazingly odd how binary our political left and our right have become. Two raging debates in America today pit left against right over government registration. On voter ID, the left is against, the red states are pushing it like gangbusters. On gun registration -–the exact reverse: the left is crusading to maximize government control, the right is willing to allow gangsters to own anti-tank missiles without registration, if that what it takes to keep government off our backs. But I digress…

Let me tell you about my Israeli ID card, the “blue card.” It has my picture, it lists my wife and child, complete with their ID numbers. It is openly available to police, banks, the electric company, my cable provider – they all can have it. Israel is a land without ID privacy – and no one seems to mind.

The Holocaust as an Expression of Kindness? Seriously? 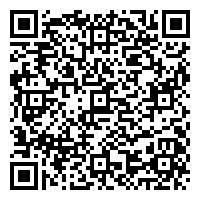