The coronation of King George VI in December, 1936, was celebrated across the empire. Ceremonies were held in Jerusalem, too. Local dignitaries attended as well as representatives of a few other countries.

“Bertie” was beloved by one and all, and his battle with his stuttering has been immortalized by Hollywood only recently, in “The King’s Speech.”


But Bertie, it turns out, was not a great friend of the Jews, especially those attempting to flee Europe to Eretz Israel in the 1930s.

According to the Guardian:

Some documents from the period have already entered the public domain, giving an indication of the royal couple’s views. In the spring of 1939 George VI instructed his private secretary to write to Foreign Secretary Lord Halifax. Having learnt that ‘a number of Jewish refugees from different countries were surreptitiously getting into Palestine,’ the King was ‘glad to think that steps are being taken to prevent these people leaving their country of origin.’ Halifax’s office telegraphed Britain’s ambassador in Berlin asking him to encourage the German government ‘to check the unauthorized emigration’ of Jews.

Support for appeasement of Hitler was common among the British establishment during the 1930s. Conservative MPs who publicly opposed the policy, such as Winston Churchill, were threatened with de-selection.

The historian Andrew Roberts believes that Prime Minister Neville Chamberlain’s appeasement policy ‘commended itself to the royal family on a number of levels. It was, correctly, considered axiomatic that another war would spell doom for the British Empire.’

And this guy took in the sights. 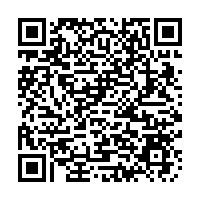