According to London-based writer Behdad Morshedi, Rohani “appeared to have lifted segments from a book by Mohamad Hashem Kamali, the chairman of Iran’s International Institute of Advanced Islamic Studies.”


“Mr Kamali is closely associated with the regime but his book was published in his own name and the extracts are virtually identical,” Morshedi (a pen name) told the Telegraph. “We will be submitting a petition calling on the university to cancel the Ph.D.”

A spokesman for Glasgow Caledonian University said they’ve received several complaints about Rouhani’s doctoral work and would be looking into it. Apparently, the university library has already established that the thesis references Kamali’s book in the main body of Rouhani’s thesis and that the text was cited in the bibliography.

According to the Telegraph, two passages in the short extract from the 500 page thesis have come under scrutiny.

Finally, the Telegraph notes that it’s doubtful that Rohani, a high-ranking official in the Islamic Republic in the 1990s, actually attended the British university in person. 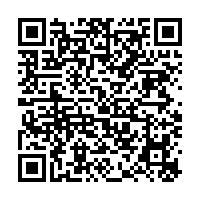