Look at these thousands of Palestinians on their knees in Eid Al Adha prayers at the Temple Mount.

It’s the holiest Jewish place on the planet. It’s where on Yom Kippur the high priest would pronounce God’s 72-letter name and we’d all fall on our hands and knees and yell out: Blessed be His Kingdom for eternity! But they, these multitudes of Arabs newly arrived from the peninsula after 699 CE, they behave like they own it.

It’s maybe the third holiest Muslim site—some say it’s only the fifth or sixth. But they behave like they own it, and that’s what matters.

Did you see the pictures from Rav Ovadia’s funeral? Did you see hundreds of thousands of religious Jews filling up the streets? Do you think for a minute that if those multitudes decided to climb up to the Temple Mount and say Sh’ma Israel anyone could have stopped them?

But they don’t want it. They are deathly afraid of a time when they would have to live according to the Torah in earnest. In justice. Without interest bearing loans. Without shticks. Like the woman told her husband who came home scared from shul after a drasha: God saved us from a lot of tzures, He’ll save us from Moshiach, too.

There’s nothing keeping Moshiach away other than you and I. Pass it on. 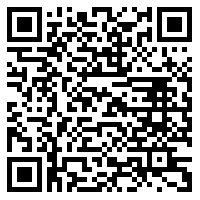