In my hunting spree today for news about Jews and the people who want to kill us—a task I accept so you won’t have to—I ran into this top JTA headline: Top Egyptian official calls Holocaust a ‘myth.’

“The myth of the Holocaust is an industry that America invented,” Fathi Shihab Eddim reportedly claimed in recent days, according to JTA.


“Shihab Eddim reportedly is responsible for appointing the editors of all state-run Egyptian newspapers,” JTA explained.

“U.S. intelligence agencies in cooperation with their counterparts in allied nations during World War II created it [the Holocaust] to destroy the image of their opponents in Germany, and to justify war and massive destruction against military and civilian facilities of the Axis powers, and especially to hit Hiroshima and Nagasaki with the atomic bomb,” Shihab Eddim reportedly said.

He claimed that the 6 million Jews moved to the United States during World War II.

And this was followed by the familiar condemnations by professional offended Jewish persons, in this case, Rabbi Marvin Hier, founder of the Simon Wiesenthal Center, who called on the U.S. to “inform the Egyptian government that the United States can no longer tolerate such anti-Semitic rants and Holocaust denial behavior from another top Egyptian official.”

Followed by a reference to President Morsi’s 2010 view that we are “the descendants of apes and pigs.”

This is what we in the business call a Trifecta: it opens with the anti-Semitic official in some troubled country saying the Holocaust never happened; follows with expressions of shock by several dignitaries (Tony Blair is often available, Angela Merkel is great, too, for the old-German new-German contrast; and concludes with some older offense against the memory of the Holocaust by someone in the same troubled country.

In my 24 years of doing this beat for various publications, I’ve become convinced that we should add a special Holocaust Denial category to Health, Diplomacy, Finance, and Sports. Like every reliable genre, the Holocaust Denial story has a set formula – just add the current details, decide on an aptly outraged headline and press “publish.”

I googled Fathi Shihab Eddim and discovered the man has never existed in English until somebody told humanity what this guy thinks about the events of 1939-45. He has no Facebook page. None of the English language, state-owned Egyptian papers that he is said to manage has any mention of his name. He came into the world riding a Daniel Greenfield FrontPage.com story on January 26, (Thanks to Honest Reporting for the link) based on an article in Arabic in the “Brothers Online” website, titled: Holocaust .. The largest monument in history!! by: M.. Fathi Shehab.

According to Greenfield, M.. Fathi Shehab is Fathi Shihab-Eddin, who “headed up the Muslim Brotherhood’s Labor Dossier until the Brotherhood took over Egypt moving him into the Egyptian parliament and making him Chairman of the Culture, Tourism & Information Committee. He also heads the Supreme Press Council which allows him to choose the editors of state-owned newspapers in Egypt. All this makes him one of the major players in the Egyptian government and the Brotherhood. And these days the two are one and the same.”

Fathi Shehab is also a member of the Shura Council, the upper house of Egypt’s bicameral Parliament. And Greenfield is absolutely correct, Fathi Shehab is to Morsi what, say, Bob Kerry is to Obama.

Greenfield provides a thorough and satisfying listing of Fathi Shehab’s frothing diatribes, in context. Alas, he is also the last one to attempt to deal with the story in context. As soon as UPI picked up his “find” and gave it to the rest of the world, every subtlety and nuance were lost. First of all, Fathi Shihab-Eddin became an anonymous “senior adviser” that controls newspapers. Then, the story was fit by experts editors—only about three of them, everyone else just lifted their copy—into the Holocaust denial formula, and off we all went.

I urge to folks in the know to educate us about the reasons why the Muslim Brothers website would choose this time of violence and conflict to publish this article, and about Fathi Shehab and why he hates us so much. 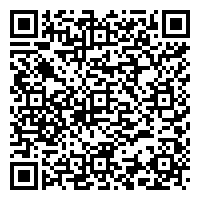