The Harvard Theological Review is still hesitating to proceed with publishing a long-awaited article on the “Gospel of Jesus’s Wife,” a tiny bit of papyrus that, if authenticated, would be evidence that at least some early Christians believed Jesus was married, the Harvard Crimson reported.

The article was originally scheduled for the Review’s January 2013 edition, but according to Kathryn Dodgson, director of communications at Harvard Divinity School, was held back for more scientific testing of the controversial papyrus.


The discovery was first announced at a September conference in Rome by HDS professor Karen L. King. The papyrus fragment contains a Coptic phrase that translates to “Jesus said to them, my wife…”

Just for the record, he didn’t say, “Take my wife… please…”

Since then, the Vatican and academics have denounced the artifact as a forgery, pointing to the grammatical similarities between the fragment and another ancient document, the Gnostic Gospel of Thomas. These similarities, scholars argue, suggest that the papyrus was not written in the fourth century.

I, for one, am delighted at the prospect that “that man,” as our sages have traditionally referred to the aggressive lad from Nazareth, managed to find himself a nice wife and settled down. Or, rather, if he had found himself a nice young woman, he probably won’t have done all his shenanigans that landed him nailed to a stretch of wood outside Jerusalem—if we accept that event as historic fact.

Of course, if he did get married – were there offspring? Also, if Mr. J. got married – shouldn’t that let all those priests and nuns off the hook? That could be an enormous improvement for them, I should think.

Kathryn Dodgson wrote in an email that once she receives the results of that analysis, King will incorporate them into the article for the Harvard Theological Review.

Analysts are still testing the ink on the fragment to confirm that it dates from the fourth century, like the papyrus itself—which has already been tested.

But scholars have said that even if the scientific analysis confirms the ink’s age, it still doesn’t mean the papyrus is authentic.

Gregory E. Sterling, dean of Yale Divinity School, said that little is known about the circumstances of the fragment’s discovery. The papyrus comes from the collections of an anonymous donor, rather than from an archaeological dig, making authentication that much more difficult, he said.

Other scholars pointed out similarities between King’s papyrus and the Gospel of Thomas.

“It really is unbelievably close to the Gospel of Thomas,” said Mark S. Goodacre, an associate professor at Duke University and an expert on early Christian texts. “We’re talking about literally every word, with a few gender changes.”

Janet A. Timbie, an expert in Coptic language and literature at the Catholic University of America, said that the fact that two texts are extremely similar does not necessarily disprove the fragment’s authenticity because “people often rework material in the ancient world.”

But Timbie’s opinion still is that the text was faked.

Prof. Sterling remarked that, even if it is authentic, the papyrus “would tell us something about the fourth century, but not about the first century. This just shows how people later thought about this.”

In that sense, the story about the discovery of the papyrus is more likely to tell us something about the 21st century than anything else…

All About the Ancient ‘Jerusalem’ Papyrus [video] 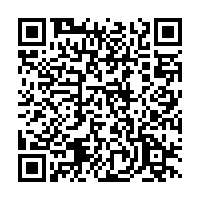