November 4, 2012 (New York, NY) – The United Jewish Council of the Lower East Side (UJC-LES) will hold a Legislative Breakfast to celebrate 40 years of its service to the community and the partners who made it possible.


The United Jewish Council of the Lower East Side serves as a coordinating body of neighborhood, secular, civic, and fraternal organizations. Formed in 1971 by neighborhood leaders and residents, the UJC works to preserve and stabilize the Lower East Side of Manhattan community through the provision of a wide range of human services and community development programs. Most programs serve the needs of the elderly, while the UJC also operates a wide range of programs for families and children. To find out more about UJC-LES visit our website at www.ujces.org.

The Breakfast will take place Sunday, November 4 from 10 am to 1 pm at Congregation Chasam Sopher, 10 Clinton Street, Manhattan. The breakfast costs $36 per person with sponsorships ($180 – $1,000). The Breakfast is free for the press, but members of the media are asked to RSVP in advance to Sheila Selig at 212-233-6037 x 106 or ujcbreakfast@gmail.com.

Talk17 – Understanding the Gap Between the Media and the Facts 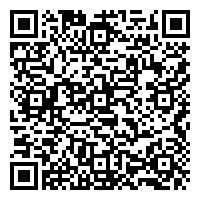