I recently listened to Martin Luther Kings’, “Remaining Awake Through A Great Revolution,” and found myself wondering how Abraham, who never gave speeches, would have responded to Dr. King’s points. I mentioned this to Eric Kaplan, philosopher, great friend, and writer for Big Bang Theory, and he offered the following:

In this week’s Torah portion, “Lekh Lekha,” God tells Abraham, to “Lekh Lekha,” which is explained by the Zohar as, “Go to yourself, to know yourself, to refine yourself [1:78a].” In his speech “Remaining Awake Through a Great Revolution” Martin Luther King Jr. calls for America to leave a world of apartheid and go forth to its true nature. He stands in the tradition of Abraham. And yet in this parsha Abraham wages war, and Martin Luther King Jr. lived and died committed to waging the struggle for justice non-violently. How would Abraham respond to King’s message of non-violence?

In the Midrash Rabba Abraham is said to come to his belief in the existence of God by comparing himself to a man confronted with a burning palace. He deduces that the palace must have an owner. Abraham studied with Seth who survived the Great Flood: in his world, as in ours, mass death was a living memory and the threat of human extinction always present to the imagination.

The more optimistic Enlightenment thinkers who believed in God used a different argument for His existence. They said that the universe is so well-ordered (planets revolving around the sun, blood coursing through veins) it is like a watch, and a watch must have a watchmaker. It’s a bad argument. First of all, as David Hume points out, there’s only one universe. So who’s to say it is like a watch and not like a giant weed that just sprouted up in the wilderness with no gardener? Secondly, the more evil we find in the world, the more we discover that planets knock into each other, and blood can get leukemia. The more we see instances of the watch failing to keep time and of its gears and springs popping out to no purpose, the less reason on this view to believe in God. Finally though, if the world is a watch and we are part of the watch, then what sense can be given in the idea that we are partners in creating it with God? The gears of a watch are not supposed to change the watch – if it makes sense to say the gears are supposed to do anything, they are supposed to just turn in their appointed path. They are certainly not supposed to lekh lekha – to go forth into the unknown and discover who they really are.

Abraham’s image of the burning palace hits the mark much better. Our experience of the world is not of a brute fact but of a fact that calls to action. It’s not a watch: it’s a wound that needs healing, a child that needs raising, a burning building full of people screaming out to be saved. So for the students of Abraham who view themselves as partners with God the fact that the world is a mixture of beauty and horrors that need fixing doesn’t make it less likely to have a creator – it is rather an invitation to us to join in co-creation by fixing it.

How would King respond to the situation in Syria, in which the same regime poisons its citizens and then kills the doctors who heal them? If the choice was between war and peace there would be no choice at all — every moral person would choose peace. But we are living in the burning palace and some of our brothers, unfortunately are using the fire to toast marshmallows and shooting the firefighters.

Abraham sees that to not engage in the struggle for justice is to be, in King’s own words about Dives, a conscientious objector in the war on poverty — someone who is enjoying the fruits of an unjust war but pretending he or she is not. Every time someone on Earth starves to death rather than steal to save himself because of fear of the police, he is a victim in a war.  Abraham fights a war not to enrich himself, but to save others who are slaves: perpetual victims in a war without the means to fight back.

In Lekh Lekha, God tells Abraham to leave his homeland behind, but He does not tell him where he is going. When we are driven out of our complacency by a wrong – slavery or Jim Crow or starvation in the third world – we don’t know what the perfect world will look like. We only know that we can’t allow the world as it stands to continue. The need to leave home is clearer to us than our destination. This makes sense because what is clear to us is a function of our minds, and our minds are formed by our environment. We have to let the path and the future and God slowly unfold the destination to us. But before that we have to get moving. Once we put out the fire in the palace we can live in it, see the owner face to face, and the in the words of the spiritual that inspired King, and in turn was inspired by the prophet Isaiah, “lay down our sword and shield and study war no more.” 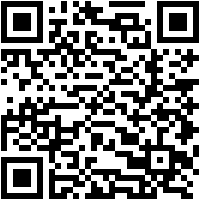