The amount accumulated so far in the tax authority’s coffers from the collection of tax on dividends in 2017 stands at 17.5 billion shekel – about $5 billion, Globes reported Wednesday. The dividends, totaling more than 52 billion shekel ($15 billion) which the controlling shareholders of private Israeli companies have reported as part of a tax collection campaign by the Tax Authority.

The final amount is yet to be determined, by the way, since the TA has not yet completed the process of documenting the manual reports that were submitted.


So far, Finance Minister Moshe Kahlon (Kulanu) is maintaining total silence on the subject, and no one knows how he plans to use these surpluses. Moreover, Globes found that Kahlon has yet to hold discussions of the unexpectedly large surplus with Finance Ministry and Tax Authority staff, nor has he asked them to present him with options – other than just lowering taxes and sending rebates to taxpayers.

There’s a good reason why Kahlon is keeping mum – its name is Benjamin Netanyahu, who has made it a habit to steal every ribbon cutting occasion from his Finance Minister. The Prime Minister has already spoken about the plans to exploit the surplus, telling the opening session of the Knesset this week that he had agreed with the Finance Minister on reducing taxes.

According to Globes, Netanyahu wants lower income taxes for the middle class – salaried employees earning $60,000 to $100,000 a year – in accordance with the recommendation of the National Economic Council. The PM faces resistance from the Governor of the Bank of Israel, Dr. Karnit Flug,, who suspects that the current surplus is a one-time phenomenon and does not represent a permanent growth resulting from economic expansion.

Minister Kahlon is not new to this deficit vs. surplus game: in 2015 and 2016 he was furious that those two years ended in a much lower deficit than anticipated by the professional staff in his office. He argued that with more accurate forecasts, the money could have been budgeted for social purposes, to push up the estimated 50% of the population who are decidedly not benefiting from Israel’s hi tech and other market miracles.

Seeing as many of these Israelis are Kahlon’s potential voters come next elections, it’s clear that the son of a construction worker from Tripoli, Libya, is not planning to use the surplus to lower the taxes of the already quite rich Israeli employees – Netanyahu’s voters.

Incidentally, according to Globes, the 2017 surplus could end up being as high as 20 billion shekel – $5.7 billion. Enough to upgrade Israel’s crammed government and private hospitals, reduce class sizes, increase stipends to the handicapped. With the new elections already in the air, Kahlon, whose party is expected to disappear should the 3.75% vote threshold remain as it is, could use this opportunity to save the nation. 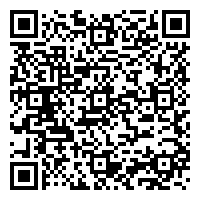