Four cases of the potentially more dangerous “Delta-Plus” variant of COVID-19 have been diagnosed this week in Israel, according to a report Wednesday by The Jerusalem Post.

A vaccinated traveler who arrived in Israel from abroad was the first person to be diagnosed, leading health officials to require all passengers arriving in the country – regardless of vaccination status – to enter a mandated quarantine until they receive negative results from a COVID-19 test.


A massive testing facility is under construction at Ben Gurion International Airport for the purpose.

“Delta-Plus” is a mutation of the Delta variant of the virus. Like its originating variant, Delta-Plus is resistant to the monoclonal antibodies cocktail that has been successfully employed to treat other forms of coronavirus.

The Delta variant of the virus, first identified in India, is said to be 50 percent more contagious than the UK (“Alpha”) variant of COVID-19, which was found to be 70 percent more transmissible than the original SARS-CoV-2 strain of the COVID-19 virus.

At present, a full 90 percent of the cases in Israel are caused by the Delta variant of the virus.

500-Plus Cases Three Days in a Row
More than 40 percent of the cases in the current outbreak are comprised of school children. About half of those being diagnosed are already fully vaccinated.

Both populations have more ability to resist a serious development of the virus.

At present there are some 3,600 active cases of the virus. Just three weeks ago, there were fewer than 200.

On Wednesday, 523 new cases of the coronavirus were diagnosed out for the third day in a row out of 74,811 tests conducted, resulting in a 0.7 percent positivity rate.

There are 37 people currently listed in serious condition, with 18 people being maintained on life support systems due to the severity of the illness. That figure stood at approximately 140 cases in April and dropped down to a low of 21 on June 20.

Coronavirus Commissioner Nachman Ash told reporters at a briefing on Wednesday that most of those in serious condition are in the “at risk” population, such as those with serious pre-existing conditions, and the elderly.

A 48-year-old unvaccinated man died Thursday at the Wolfson Medical Center. Hospital authorities said the man did not suffer from any major underlying health problems except high blood pressure.

The other victim was a fully 86-year-old man who died at the Rambam Health Care Campus in Halfa.

According to Israel’s Education Ministry, some 1,567 students and 109 staffers have been diagnosed with COVID-19 – in both schools and kindergartens – since the education system has reopened.

At present, 21,322 students and 224 educators are under mandatory quarantine due to possible exposure to the virus.

Delta Variant Can Evade Antibodies
The findings of a new study published Thursday in the journal Nature, indicate that the Delta variant of COVID-19 can evade the vaccine-produced antibodies intended to target the virus.

The finding proves and explains why many people who are already inoculated against the virus end up contracting the Delta variant of the coronavirus.

“Sera from individuals having received one dose of Pfizer or AstraZeneca vaccines barely inhibited variant Delta,” they wrote.

“Administration of two doses generated a neutralizing response in 95% of individuals, [but] with titers three-to-five-fold lower against Delta than Alpha.

““A single dose of Pfizer or AstraZeneca was either poorly or not at all efficient against Beta and Delta variants,” the researchers added.

Although there has been a corresponding rise in both countries in new daily cases of people infected with the Delta variant – as well as in numerous others around the world – there has not been a similar rise in the number of people hospitalized in serious condition with the variant, largely due to the high numbers of Americans and Israelis who have already been inoculated against COVID-19. 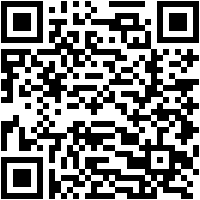