I have decided to finally read what is widely regarded as the literary work that unleashed the modern feminist movement, Betty Friedan’s The Feminine Mystique.

I am halfway through the book, and I find it to be a well-written cri de coeur (cry from the heart). Historically speaking, there was always much to lament regarding the status of women. Although I have none of the contempt Friedan has for “housewifery,” her description of women who felt they had no sense of self because they were only someone’s wife and some children’s mother is emotionally compelling.


But a big and troubling thought hit me while reading the book. In the 56 years since The Feminine Mystique was published, every complaint Friedan made regarding the situation of the American woman has been addressed. Few American women are forced into “housewifery.” The few women who choose to place marriage and home over career have truly chosen to do so; it is the rare young woman for whom marriage and family are greater goals than a successful career.

Yet, if you were to listen to many American women today, you would think nothing has improved. Every women’s group and millions of individual women say women are “oppressed” despite the fact that virtually nothing remains of the “feminine mystique” described by Friedan.

Feminist groups describe the state of American women in dire terms. Young middle-class and upper-class women, many attending the most expensive universities – paid for by their parents – are among the greatest malcontents in American life.

In fact, women today, including young women, who lead lives the very opposite of those described in The Feminine Mystique, are about twice as likely to be depressed as men. And that statistic is true for women across all economic, racial, and ethnic groups.

So, then, what was my big and troubling thought?

If women are as likely – perhaps more likely – to complain about being oppressed today when they aren’t oppressed as they did when they were oppressed, and if women today are nearly twice as likely as men to be depressed, and if women at elite colleges – where they are pampered and more assured a financially successful future than most men living now or who lived in the past – are particularly angry and malcontented, simple logic suggests two choices: Either women remain as oppressed as in the past or women tend to be malcontents.

Given that the reality is that American women – especially the ones who do the most complaining – are not oppressed, we are left to conclude that the female of the human species may tend toward being malcontents. The simple-minded will respond to this exactly as they were indoctrinated to respond – not by asking, “Is it true?” but by accusing the person who offers this suggestion of sexism and misogyny.

So, allow me to respond in advance: This is no more an attack on women than describing men’s nature as aggressive is an attack on men. Each sex has built-in issues that an individual has to overcome in order to develop into a mature and good person. Men have to deal with aggression in order to develop into mature and good men. Women have to overcome the power of their emotions and their chronic malcontentedness in order to mature into good women.

But in our disordered society – a society that has rejected wisdom – two generations of Americans have told only their sons, not their daughters, that they have to fight their nature. The feminization of society has brought with it the destructive notion that only males have to suppress their nature. Feminists really believe females are superior, so why would women have to fight any aspect of their inherently beautiful nature?

This helps explain why one would consider the left feminine and the right masculine. Although life in America is a blessing for the vast majority of its citizens, the left constantly complains about America. Indeed, the better America gets, the louder the left’s complaints about America – about its racism, sexism, misogyny, homophobia, bigotry, xenophobia, inequality, systemic bias, etc.

The right, on the other hand, regards life’s difficulties as inherent to life, not inherent to America’s flaws, and doesn’t much complain. Like men, conservatives complain less than liberals. And just as male and female feminists demand that American men complain more – that their lack of complaining is a form of “toxic masculinity” – the American left demands that Americans complain more.

In sum, all these women’s marches and angry women at colleges probably tell us more about women’s nature than about American sexism. 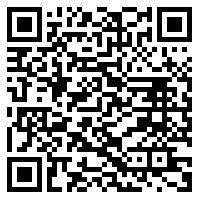