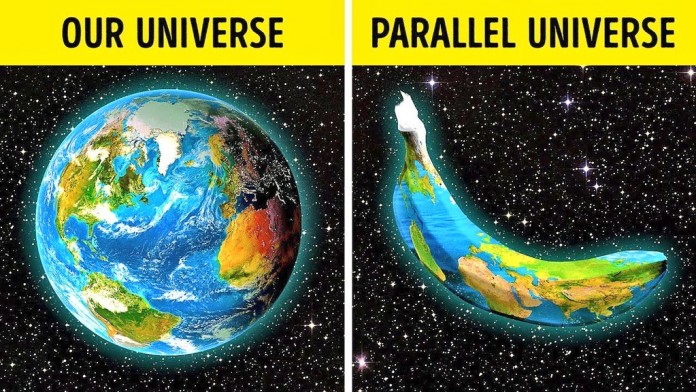 The discourse about Israel in some Western circles versus that now common in most Arab capitals couldn’t be more different. Some Westerners are stuck in a ruinous time warp. Consider the following very recent happenings.

GENEVA and NEW YORK: A new UN Human Rights Council (HRC) report this week accused Israel of apartheid, just in time for the annual debate on “Agenda Item 7,” the permanent council item reserved for Israeli “human rights abuses” against Palestinians and other Arabs.


“The political system of entrenched rule in the occupied Palestinian territory which endows one racial-national-ethnic group with substantial rights, benefits and privileges while intentionally subjecting another group to live behind walls, checkpoints and under a permanent military rule… satisfies the prevailing evidentiary standard for the existence of apartheid,” said the ugly report.

The report was the latest in a litany of one-sided, baseless reports, vilifying Israel and engaging in a full-scale lawfare assault on Israel’s very existence as a Jewish state. It also took no note whatsoever of the security challenges and threats faced daily by all Israelis, or the strategic security threats from Iran faced by Israel and other moderate actors in the region.

Saleh Higazi, Deputy Director for the Middle East and North Africa at Amnesty International praised the HRC report as “an important and timely addition to the growing international consensus that Israeli authorities are committing apartheid against the Palestinian people.” In February, Amnesty International released its own tendentious report accusing Israel of apartheid.

On deck are two additional reports that are likely to regurgitate such libels against Israel: An April report from the UN Committee on the Elimination of Racial Discrimination (CERD); and a June report of the HRC “Independent International Commission of Inquiry (COI) on the Occupied Palestinian Territory, including East Jerusalem, and Israel.”

(Note: NGO Monitor debunks the accusation of apartheid against Israel and assesses whether “apartheid” is applicable to Israel and territories under its military administration, in a useful new report titled “Neo-Orientalism: Deconstructing Claims of Apartheid in the Palestinian-Israeli Conflict.”)

The UN Special Coordinator for the Middle East Peace Process Tor Wennesland also piled on Israel this week. With regional tensions simmering and the potential for everything to boil over with the approaching simultaneous layover of Passover, Easter, and Ramadan – Wennesland nevertheless led off his monthly report to the UN by highlighting Jewish construction in “occupied Palestinian territory” (i.e., Jerusalem) that constitutes a “flagrant violation” of international law.

Israeli home building is the root cause of conflict, you see, not Palestinian terrorism, rejectionism, and violence!

Another draft UN resolution currently circulating (sponsored by Pakistan on behalf of the 56-member Organization of Islamic Cooperation) seeks to declare Israel’s presence in Judea and Samaria not a “military occupation,” but rather a “colonial occupation.” This perversion is meant to deny Jews their history by labeling them as foreign invaders serving foreign (colonial) powers, as opposed to being indigenous to the Land of Israel.

These anti-Israel campaigns long have spilled over into campuses. For example, pro-BDS and “Israel as an apartheid state” student resolutions passed this month at Concordia and McGill universities, both in Montreal.

And believe it or not, the US State Department piled on top of Israel this week too, by offering $1 million in grant money for NGOs to report on “Israeli human rights violations.”

Prof. Gerald Steinberg, President of NGO Monitor, says he has never seen a US funding announcement of this kind. He wrote to US Secretary of State Antony Blinken warning such funding essentially encourages NGO grantees to lobby the International Criminal Court and UN to sanction Israel, promote BDS, and use the “apartheid” label.

And of course, back in Ramallah the Palestinian Authority’s highest religious authority, Grand Mufti Muhammad Hussein, assured Palestinian Authority television viewers that the destruction of Israel, and the “liberation” of Jerusalem and “its return to Islam,” is only a matter of time. That same Grand Mufti issued a fatwa forbidding Muslims who come via the UAE to pray at the Al-Aqsa Mosque on the Temple Mount in Jerusalem.

The Crown Prince also unfroze $10 billion in investments in Israeli companies that he promised former prime minister Benjamin Netanyahu. The UAE’s large sovereign funds will divide the investments between them. The first fund to enter the Israeli market is the ADG (Abu Dhabi Growth) Fund, which plans on investing $200 million in 2022 in Israeli companies, and a similar sum each year over 10 years.

Also this week, Sheikh Mansoor Bin Mohammed Bin Rashid Al Maktoum visited Israel’s national pavilion at the GISEC Global cybersecurity fair in Dubai; an Emirati think tank published a book on Zionism written by Tel Aviv University researchers; the UAE-based retail giant Lula began talks on operation in Israel; Morocco signed a Memorandum of Understanding (MOU) with Israel Aerospace Industries (IAI) for a joint research and engineering center; and the Israeli navy took part in another joint Red Sea naval drill with the US, UAE, and Bahrain, under auspices of the US Fifth Fleet (which is headquartered in Bahrain).

The Institute for Monitoring Peace and Tolerance in School Education (IMPACT-se) has found that much of the old anti-Israel material in Emirati textbooks has been deleted or altered. Passages that previously demonized Israel, presented anti-Semitic conspiracies, and blamed “the Zionist enemy” for seeking to “exterminate the Palestinian people” have been removed. Especially noteworthy is the removal of passages that presented the Palestinian issue as “the basis of conflicts in the Middle East.” Passages focusing on tolerance towards Jews have been inserted instead.

This is the new Middle East blessedly created by the “Abraham Accords.”

Oh, and oh yeah, this week Prime Minister Bennett continued his mediation effort between Russia and Ukraine with the encouragement of Washington and Paris, while Israel opened the first humanitarian field hospital in Ukraine. So much for being an “apartheid” state.

One universe has been constructed – a false, hackneyed, out-of-date, and threatening universe – that extends from Ramallah to New York, Geneva, and other unfriendly places.

This universe, dominated by so-called Western “progressives” in cahoots with Arab/Islamic radicals, disses rather than embraces the Abraham Accords and is stuck in a time warp where Israel is an evil actor. It is a malign universe where recalcitrant and violent Palestinian leaders are venerated, and admirable Israeli leaders are criminalized. It is a tragic, forlorn universe.

The other universe – real, promising, forward-looking, and stabilizing! – is marked by a peace dynamic that runs from Jerusalem to Dubai, Manama, Rabat, Cairo, and Amman; and from Jerusalem to the most important leaders in the world.

In short, the discourse about Israel in corrupt international institutions and in some aspersive Western campuses and capitals couldn’t be more different than the discourse in Arab capitals and other calm and considered decision-making centers. It’s confrontation versus cooperation, demonization versus solidarity.

It is time for more Western leaders and democratic activists to discover the true, new Middle East, and the real Israel: a force for peace, progress, security, and stability. 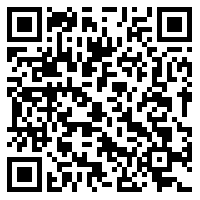