When I lived in America, I loved Christmas. In Israel, not so much.

Actually, I hate it.

In America, Christmas was the holiday of my non-Jewish friends, my neighbors, the majority of the people around me. It was their holiday and I enjoyed the by-products: beautiful lights, an atmosphere of excitement and celebration and, my favorite that always came around that time of the year – fresh, pristine snow.

Israelis love an excuse to celebrate. Many enjoy vacationing in Europe during the period of Christmas and New Year’s celebrations because the lights are pretty and shopping is fun.

Few look beyond the pleasures of the Christmas atmosphere to contemplate the religious significance of the holiday. We’re Jewish and it’s not our holiday, not our faith. It is just an excuse to have fun.

So what’s the problem with Christmas in Israel? Israel is the land where Christianity was born. If not here, where on earth should there be Christian celebrations?

The State of Israel prides itself on enabling freedom of religion for all citizens. The Jewish state has Christian and Muslim citizens as well as others of additional faiths. Everyone has freedom of religion, to live according to their faith and worship as they please (aside from Jews who, ironically, cannot worship on the Temple Mount). Israel is the only place in the Middle East where the Christian population is growing rather than decreasing

I live in Haifa. The third largest city in Israel, Haifa is known for being a city of coexistence where Jews, Muslims, Christians, Druze and Baha’i live side by side in peace. Haifa prides itself on being a cosmopolitan city. Every December the Haifa municipality holds a month-long celebration – not of Hanukkah but of what they have dubbed: “The Holiday of Holidays” meaning Hanukkah, Christmas and Id al-Adha (a Muslim holiday which more often than not does not fall in December at all).

The city puts up lights and arranges events that can compete with Christmas in any major city around the world. The centerpiece of this is the enormous Christmas tree alongside the Islamic half crescent and a Hanukkiah in the shape of a peace dove set up in Haifa’s German Colony, below the Baha’i Gardens. This makes a stunning picture and seemingly is a fitting display of religious co-existence.

It is beautiful. There is no question about that. Every year, I go and look at the lights and my stomach clenches in revulsion.

I hate it. And I hate that I hate it.

It’s the occupation that stole Christmas. And sucked the life out of Hanukkah too.

This is not the occupation of a foreign army, it is the occupation of the mind, the oppressive take-over of social sphere with the ever-present underlying possibility of violence. This is Islamism that must dominate the non-Islamic – the Jewish, the Christian and even Muslims of the “wrong” kind.

What most people living outside of Israel don’t realize is that 80% of Israel’s Christians are Arabs. This in itself is not a problem. The problem arises when Christianity is used as a tool to delegitimize Jewish connection to this land and, bizarre as it is, attack Christians as well.

It is impossible to deny Jewish rights to Zion and maintain Christian legacy. The man named Joshua who later became known as Jesus lived his life as a Jew, in the land of the Jews and taught from the ancient book of the Jews.

The issue is not Christmas itself or Christians. The problem is that Arab solidarity against the Jews is more often than not, stronger than the values of Christianity. When the Arab conflict with Israel uses Christianity as propaganda against the very state that grants Christians the freedom denied them anywhere else in the Middle East.

The problem is when Santa becomes a jihadist fighting Israeli “oppression”.

The problem is when insane inversions of history are widely accepted as truth both by Arab propagandists and the ignorant but gleefully antisemitic abroad.

It has become popular to depict Jesus and/or his parents as “Palestinians” who, were they alive today, supposedly would have been stopped and abused by IDF soldiers at a checkpoint. In fact, the opposite is true. If Mary (Miryam) and Joseph were alive today it would be dangerous for them to enter Bethlehem because they are Jews.

At the same time there are Israeli Christians who do not wish to oppose Israel. They are a very small minority who have come to realize that their roots are Aramaic and that they are a people who have been colonized and forcefully Arabized. They are the ones who told me “Don’t call me an Arab-Christian. I’m an Arabic speaking Israeli Christian.”

One woman (not from Haifa) told me of the threats she and others like her endure from Muslim Arabs who insist that they demonstrate against the State of Israel – including one occasion where a friend was forced at gunpoint to leave his shop and participate in anti-Israel riots. The Muslim thugs who threatened him made it very clear that he must comply or his business would be burned to the ground and possibly they would put him in the ground. Obviously, someone like this, who may feel more comfortable with Israel than with his “Arab brothers”, is most likely to choose life and livelihood over ideals.

There are decent and law-abiding Israeli Christians. More and more are serving in the IDF and actively working to integrate into Israeli society. This is excellent however their numbers are still low. They too are fighting the Islamic occupation that attempts to hijack their right to live free in this land without being sucked into the conflict with the Jews.

Haifa has some Hanukkah decorations but most of the “show” is about Christmas. The Christmas tree dominates the Hanukkiah in the main holiday display. The Hanukkiah does not even look like a traditional one, it is shaped like a dove. There is a large Islamic crescent but there is no Magen David anywhere (there are also no crosses). Suddenly Santa has become an acceptable figure in the Jewish land. No one walks around dressed up like our heroes. There are no Maccabee parades through the streets. I’m told that Jewish kids in Haifa used to have Maccabee parades. I wish I could see those days.

Obviously, this situation is the product of a municipal decision to cater to Haifa’s Arab population (for votes) and create a cosmopolitan atmosphere (for tourists). Unfortunately, the withdrawal of Jewish symbols plays into the hands of those deliberately inverting reality, creating “alternative history” in order to deny Jewish presence.

The Muezzin calls Muslims to prayer through loudspeakers that can be heard across the entire neighborhood in which a mosque is situated. This used to be a necessity. How else could people with no clocks be told at the same time when they all need to pray? Today Muslims have an app on their phone that notifies them when it’s time to pray. The Muezzin remains because it is a tradition but also because it is a sign of presence and, even more importantly, dominance.

That is what I see when I look at Christmas decorations in Israel. Dominance. Occupation deliberately designed to take control.

The lights in my city are not innocuous decorations cheerfully glittering in the night. They are a symbol of the occupation, gleefully announcing, “Look how many of us there are! One day we will be more than you.”

I hate Christmas in Israel because it is a beautiful holiday perverted. Instead of beauty and signs of hope, focusing on the concepts of love and redemption, I see elements of the holiday twisted into political propaganda designed to deny me my roots in my ancestral homeland – and as a by-product – those of Christians as well.

The occupation stole Christmas. Just not the “occupation” you thought I meant when you began reading this. 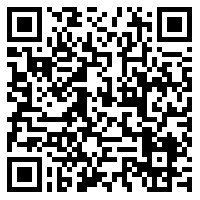