If you want to understand the roots of today’s conflicts, there’s no alternative to learning history. That’s especially true with respect to Ukraine and its efforts to repel a Russian invasion.

Ukrainians are rightly seeking to rally support for their cause by citing their past and present victimization at the hands of tyrants in Moscow and insisting that the world not forget it. But other chapters of their history should not be erased or falsified in order to conform to what seems like a higher political priority today.

For the people of Ukraine, this year’s commemoration of their great national trauma—the Holodomor or “to kill by starvation”—had special significance. Since gaining independence after the collapse of the Soviet Union, Ukraine has marked Nov. 26 as Holodomor Memorial Day, for its people and others around the world to remember the terror famine inflicted on the country in 1932 and 1933 by Soviet Communist dictator Josef Stalin.

This year’s ceremonies in Kyiv came at a time when Ukrainians are again suffering. While Russia’s illegal and brutal invasion has not led to mass starvation, attacks on the country’s infrastructure have caused power outages that have left many people without heat or electricity. That’s a tragedy and something for which Russian President Vladimir Putin bears the ultimate responsibility.

Still, the attempt to label the war an act of genocide is misguided. Though Russian forces have committed atrocities during this awful conflict—and Putin’s launching of an unprovoked offensive might be considered a war crime—there is no evidence that the aim of the campaign has been to wipe out the Ukrainian people.

Thanks to Ukrainian military success and Russian incompetence, this futile confrontation has no real end in sight. It also raises the troubling possibility of drawing in other countries, which ought to be avoided at all costs.

Nevertheless, any concerns about the continued funding of this war, with no concern about the suffering that it will cause, needs to be set aside when discussing the Holodomor. Zelenskyy and the Ukrainians are entirely right to demand that more nations recognize it as a genocide.

Only 17 nations, including the United States and Canada, do so. Israel is not among them, as was noticeable in a Nov. 25 letter sent to Zelenskyy by President Isaac Herzog, acknowledging the importance of the event without calling it a genocide.

At a time when Israel has been put under unfair pressure by Ukraine to become an active participant in the war, this seemed like further proof of the Jewish state’s reluctance to anger Russia.

For too long, too many people, including Jews, have been slow to acknowledge the truth about Stalin’s terror famine or the fact that it was an act of genocide that led to the deaths of millions.

At the time that it was happening, most of the world knew nothing about it. This is because those Western news outlets that had correspondents in the Soviet Union were complicit in the Communist coverup of what amounted to mass murder.

The most notorious of these was The New York Times’s Walter Duranty. A Stalin sympathizer who won a fraudulent Pulitzer Prize for his reportage on Ukraine, Duranty lauded the Kremlin, while saying nothing about Moscow’s deliberate attempt to starve the Ukrainian people into extinction.

While exact numbers of those who died as a result of Stalin’s orders is still a matter of debate, the most conservative estimates are of more than three million victims. The actual total may be far higher, especially when the numbers of those who were deported to Siberia for the crime of being Kulaks (successful peasant farmers during a period of forced collectivization) are added to the tally.

Like Duranty, many in the West were only too eager to believe that the Soviet Union was the future of humanity. Later in the 1930s, some of the same apologists for Communism ignored or rationalized Stalin’s mass purges, which also led to the deaths of many millions.

Once Nazi Germany invaded the USSR in 1941, 22 months after Hitler and Stalin launched the Second World War by agreeing to carve up Poland, the need to prop up the Soviets made it even more difficult to speak about what happened to the Ukrainians.

It would only be decades later, largely as a result of pioneering scholarly works like historian Robert Conquest’s Harvest of Sorrow, that the extent of Soviet responsibility for genocide in Ukraine became widely known. The story of the unsuccessful contemporary efforts to tell the world about the Holodomor—as well as of Duranty’s infamy—is also told in the 2019 film “Mr. Jones.”

Even today, many who might have some knowledge of the Holocaust and be familiar with a few of the details of other genocides—such as the Turkish slaughter of Armenians during the First World War; the Khymer Rouge mass murder of Cambodians from 1975-79; the Hutu mass murder of Tutsis in Rwanda in 1994; or even what is currently happening to the Uyghurs in Communist China—know little or nothing of the Holodomor.

Like the Holocaust that followed a decade later, it was an example of how a despotic government could put in motion a systematic effort, enforced by bureaucrats and police, to cause the death of millions while brushing aside any resistance. Among other lessons, it has taught us that placing absolute power, untrammeled by any constitutional or legal restraints, in the hands of any government, always leads to disaster and horror.

This brings us back to Ukraine’s own past behavior, about which the same type of veracity is warranted, as well.

When he addressed the Knesset in a virtual speech last spring to pressure Israel to join the war against Russia, Zelenskyy spoke of the Holocaust. But in doing so, he put forward the lie that the Ukrainian people had stood with the Jews targeted by the Nazis.

The truth, however, is that Ukrainians were among the most enthusiastic of the Nazis’ collaborators. This was due, in part, to their mistaken belief that anything had to be better than Stalin’s genocidal rule.

While the Ukrainians initially welcomed the German invaders, they soon realized that Hitler was no better than Stalin. But their enthusiastic participation in the Holocaust was a product of the virulent antisemitism that had been part of their national culture dating back centuries.

That was the history that Zelenskyy sought to falsify when spouting the lie about Ukrainian solidarity with Jews during the Holocaust. It was the sort of display that would have led to widespread condemnation by the Jewish world had he not already been anointed as the 21st-century version of Winston Churchill for leading the defense of his country.

Sympathy for Ukraine is understandable. Tolerance for what amounts to Holocaust denial on the part of its leaders, along with a refusal to acknowledge their national movement’s unfortunate association with antisemitism, is not.

As Ukrainians justifiably seek to remind the world about the Holodomor and the legacy of Moscow’s attempts to crush them throughout history, is it really too much to ask that their leaders not lie about their own stained past? 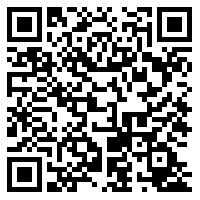