When the sun rose over Israel the day after a new basic law officially designating it as the “nation-state of the Jewish people,” the country was no different than it was the day before.


But as Israelis and Jews throughout the world commence a characteristically bitter debate about this new law, in which both sides will exaggerate its importance, what’s really troubling about this discussion is that so few on either side of this question are asking themselves what kind of Jewish state Israel should be.

The law was passed in the same week as the start of Tisha B’Av (observed this year from sundown on Saturday, July 21 until nightfall on Sunday, July 22), the day of national mourning in which Jews commemorate not only a litany of national tragedies, but also what their tradition teaches is the sinat chinam or “senseless hatred” between Jews that helped facilitate so many catastrophes. As such, what is needed most now is a willingness for Jews to stop engaging in a pointless debate about the largely anodyne details of this law and to devote some of the same energy to stop delegitimizing each other. The fact that a Conservative rabbi was hauled in by police for questioning in an early-morning raid (although quickly released) in Israel for performing a non-Orthodox Jewish marriage soon after the law was passed points to the way that this discussion has unleashed passions that are profoundly dangerous for the future of the Jewish people and their state.

Despite the angry and overblown rhetoric from the law’s critics, in practice the basic or constitutional law that designates Israel as a Jewish state and officially recognizes Jewish symbols changed nothing about the way the country actually governs itself. Nor did it rob non-Jewish minorities of their rights. In almost every respect, the legislation merely reflects traditional Zionist goals about creating a country that would serve to express the Jewish people’s legitimate right to national self-expression. It is in most respects a statement that recognizes national symbols (the flag, the “Hatikva” anthem, Jerusalem as its capital, the Hebrew calendar and language, as well as Jewish holidays) and national priorities (“the ingathering of exiles,” the right of “Jewish settlement” in the ancient homeland of the Jews, and the freedom and safety of Jews wherever they might live).

Even the points on which critics harped were largely misleading. Arabic is still an officially recognized language. The dilemma of a national minority living in a country dedicated to another people’s nation-state is real and has led to problems for Arabs that Israelis should devote more energy to correcting and resolving. But reminding the world that Israel is a Jewish state is no more insulting to Arabs than was Israel’s Declaration of Independence.

While it is true that Israel could have gotten by just fine without this legislation, I am not persuaded by those who argue that the passage of law will make the task of defending Israel against its critics, both Jewish and non-Jewish, much harder. Those who claim that the law makes Israel an “apartheid state” had no more ammunition to substantiate that despicable lie now than they did before it was enacted. Secular liberal culture tends to regard any expression of nationalism, even when tied to a democratic state that offers equal rights to all of its citizens, as racist. That means many people who view the world from that perspective are already inclined to be against Israel. Their desire to tear it down will not be any greater now than what was already obvious.

It’s true that the main impetus for passing this bill was a desire on the part of Israeli Prime Minister Benjamin Netanyahu to mollify the more right-wing elements in his governing coalition. But it is also understandable that many Israelis have reacted to the growing effort to isolate Israel embodied by the BDS movement by reasserting the reasons why a Jewish state was established in the first place.

Yet those who are most zealous in their advocacy for this law—and who expect Diaspora Jews to join them in support for Zionism—need to also ask themselves what they are doing to make the Jewish state a place where respect for all Jews, in addition to non-Jewish minorities, is a given.

What happened to Rabbi Dov Haiyun, a Conservative rabbi who performs marriage ceremonies for Israelis who want an alternative to those offered by the Orthodox, is an outrage. Large numbers of Israelis find the process of dealing with the Orthodox bureaucracy while trying to get married insufferable, with many traveling to Cyprus for a civil ceremony. Others ask Conservative or Reform rabbis to perform a traditional Jewish ceremony that is usually registered with the state by a cooperative Orthodox colleague.

The detainment of the rabbi is not unconnected to attempts to foil the compromise over an egalitarian prayer space at the Western Wall in Jerusalem that was promoted by former Jewish Agency chair Natan Sharansky. Sadly, an otherwise entirely defensible Jewish state bill may have also encouraged foes of that proposal to think this is the time to start flexing their political muscles, and intimidate non-Orthodox Jews and their clergy members.

While it’s true that polls show that the country remains divided about the issue, religious pluralism isn’t a priority for most Israelis. American Jews, who overwhelmingly identify with non-Orthodox movements, need to understand that in a country where there is no separation of religion from state, and rabbis are paid by the government, that the question of who is a rabbi is inherently political. And as long as the Orthodox parties have Knesset seats and the non-Orthodox have none, the government will not respond to demands for pluralism.

Most Israelis consider the non-Orthodox streams Diaspora movements. But it’s equally true that although the secular majority wants to live in an avowedly Jewish state, they would also love to rid the country of the Orthodox rabbinate’s monopoly on life-cycle rituals such as marriage (and divorce).

Those who excuse or rationalize the rabbinate’s war on non-Orthodox Jews like to argue that these movements are disappearing or that the political views of many of their adherents place them at odds with the current government, and think that somehow excuses acts—like the detaining and questioning of a rabbi—that are clearly intended to exacerbate the already fractious nature of the Israel-Diaspora relationship.

What they forget is that Zionism is a movement that was intended to provide a home for all Jews—not just one political or religious point of view, even if the majority living in Israel might support those stands. If you’re going to embrace the cause of a Jewish state that seeks to speak for the national aspirations of an entire people, then you can’t delegitimize the beliefs of millions of American Jews and expect those same people to think that the state is connected to them. To defend the Jewish state law and then undermine Jewish unity in this fashion is contradictory.

Unfortunately, just as many in the Diaspora are unaware of or uninterested in the realities of the conflict with the Palestinians. So, too, many Israelis are so locked into their own limited understanding of Jews elsewhere—harboring prejudices against other denominations—that they are unwilling to treat the non-Orthodox with anything but contempt.

That is a tragedy, and one that is especially to be regretted on the eve of Tisha B’Av. The Jewish people waited 2,000 years for the rebirth of Jewish sovereignty in the Land of Israel. The explicitly Jewish state they can now celebrate deserves the respect and support of all Jews, even if it is (as are all human creations) flawed. Those who promote senseless hatred against fellow Jews who follow different religious practices have no business mixing up their narrow agendas with the realization of a common Zionist goal or the defense of the Jewish state. 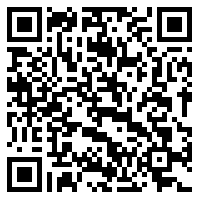