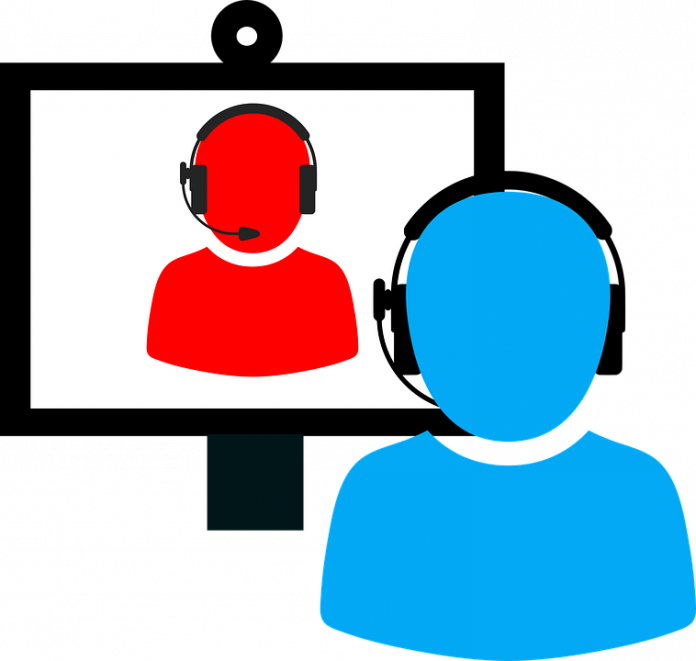 After a horrendous year of pandemic, poverty and polarization, will the coronavirus vaccine soon return the Jewish world to a semblance of normalcy? That’s the question without a clear answer as 2021 begins amid another surge of coronavirus cases, as well as the first rounds of vaccinations that will hopefully put an end to the plague.

The American Jewish world that will emerge from the crisis understands that back to pre-pandemic business as usual isn’t an option or even something they want to do. Some believe that their recently acquired dexterity with technology is a formula to better help them survive the challenges that were facing them before being sent home to wait out the pandemic. Yet even amid the sometimes forced optimism we’re hearing from Jewish leaders, they also know that even their new skills are no substitute for directly engaging those they are supposed to serve.

Jewish life, whether religious or organizational, is inherently communal. If the old cliché held that you can’t be a good Jew on a desert island because you need others to perform mitzvot, it’s equally true that for all of the herculean efforts expended on connecting with people during the past year, real communities aren’t virtual.

Synagogues, organizations and philanthropies have all had to reinvent themselves in one way or another since the first lockdowns in March. And, as is characteristic of Jewish culture, many are sounding an optimistic tone and talking about how they turned lemons into lemonade. Some think the lessons they learned about how to wrangle the Internet, Zoom meetings and services, webinars and even YouTube videos instead of relying solely on in-person gatherings—as was the case with most of them before the virus struck—has helped them become more user-friendly and able to reach constituents in ways they’d never previously contemplated.

Indeed, the brave new world of Zoom Jewish life is sometimes described as an improvement. Some, though clearly not all, non-Orthodox synagogues claim that more people often log in for services than showed up in person for them in the past. The organizational and philanthropic world has also learned that virtual events, informational lectures and symposiums, as well as virtual fundraising “galas,” can enable them to provide far more programming for content-hungry members and consumers than they previously undertook. Equally important, these online gatherings are generally attracting far bigger audiences watching on home computers, tablets and phones while costing a small fraction of what it took to put on programs that required people to actually attend in person.

Nor will the Jewish world be likely to quickly abandon online events even after the pandemic has been quelled by mass vaccinations.

It’s a given that a certain percentage of Jews—both haredim and secular believers in New Age theories—will listen to the misinformation spread by the anti-vaxxer movement. Even before the current crisis, it was a factor in reviving the spread of measles—a disease that had already been wiped out by scientific advances. If anything, the conspiracy theories and lies that duped many people into refusing other vaccines will become even more persuasive now that the traumas of 2020 have increased the susceptibility of many people to such tactics.

Yet fear of the virus won’t soon disappear, even if a critical mass of the population is given the vaccine and a certain degree of “herd immunity” is created.

It’s true that a lot of people can’t wait to return to their old lives and the way they previously lived. But the impact of the months spent under lockdown and the constant drumbeat of information about the perils of going about unmasked or without social distancing will have a disproportionate impact on both the very young and the old.

For children, experiencing the new normal of the pandemic is likely to be one of the formative experiences of their lives. Much like those who grew up in the Great Depression, and who carried the fear of poverty and want with them for the rest of their lives even after they achieved affluence, fear of contagion will remain with those youngsters who were forced to shelter at home lest they infect or be infected by COVID-19. The assumption that these children will be quick to embrace the old paradigm of Jewish life may be misplaced.

Equally affected are the elderly who were, unlike the kids, the principal sufferers during the pandemic. Anyone who assumes that older people, who have had it drilled into them that they are the major target of the disease, will soon be venturing out to be part of crowds or attending indoor events or services even if masked and inoculated is probably mistaken.

That’s particularly significant for Jewish institutions. Not only does the Jewish population skew older than most other demographic groups. Older people were and still are the backbone of non-Orthodox Jewish organizational life and constituted the overwhelming majority of those who were likely to show up for any sort of event or discussion, as well as services. That will impact attendance at in-person events in the Jewish world for years to come.

All that means that the Zoom paradigm we’ve gotten used to in the last 10 months is likely to become something of a permanent aspect of synagogue and organizational life.

But will a Jewish world and synagogues that operate primarily in cyberspace with the instant access and mobility that implies be enough to sustain the institutions that have transitioned so much of the efforts to reflect the new reality?

To some extent, that might be true. But as is the case with the rest of the economy and other sectors, including education and the arts, it may be a case of the rich getting richer and the poor getting poorer.

If you are a potential consumer of religious or Jewish content stuck at home, then you have a lot more choices now than you might have had a year ago. But that also means that if you want to watch a religious service from home, your local synagogue is now competing against large institutions from around the world. The same is true for other sorts of activities, including philanthropic groups. Small local groups are at a disadvantage in our brave new Zoom world, and it would be shortsighted to ignore that fact or to expect that the impact on their futures won’t be significant.

Yet as much as technology threatens to be as important to teaching and organizing as other skills, it would be equally foolish to imagine that these virtual skills can replace the impact of in-person services and gatherings. It also can’t replace efforts like kosher-food delivery, visits to senior homes and to hospitals, Jewish holiday packages and other hands-on charitable work.

Just as has been proven largely true of education, where online efforts are a poor substitute for traditional schooling, this also applies to those tasked with building a connection to the broader Jewish community or inculcating the principles of faith or peoplehood. Indeed, for all of the often unfair abuse that has been directed at Orthodox institutions that have not relied exclusively on Zoom as have the non-Orthodox, no one doubts the power that gathering together has had on their ability to continue to inspire their constituents.

The notion that other sectors of the Jewish world can ignore those lessons while boasting of their new technological skills is wrong. At some point—whether it is on a more limited scale or not—synagogues, groups and other institutions must bring Jews back into the same room with each other. The business of building and maintaining a community will have to involve a large amount of virtual programming going forward. Yet real communities are not Facebook groups, listservs or Zoom gatherings. Without people-to-people contact, the values that link the generations are lost. The greatest Jewish challenge for 2021 will be in remembering that. 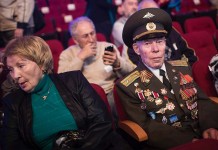