My sister and brother-in-law have been privileged to live in the Holy Land for over three and four decades respectively, but neither has adopted the assertive (i.e. a nicer way to say aggressive!) tendencies often associated with native Israelis. That is why they were at a definite disadvantage on erev the first night of Chanukah as they vied with their fellow countrymen to find a way home in time to light the first Chanukah licht.

The lead story in every newspaper, magazine, and news report was the passing early that morning of one of the undisputed luminous lights of the generation that no number of Chanukah candles could hope to compensate for: the humble and diminutive ‘giant’ Rav Aharon Yehuda Leib Shteinman zt’l. Although in keeping with his legendary humility the Rav had requested only a minyan at his kevurah, no eulogies at his funeral, and only his name inscribed on his tombstone, hundreds of thousands converged on the holy city of Bnei Brak to attend his levayah.


Among the estimated 600,000 in attendance (surely not coincidentally identical to the famous shishim riboh of the exodus from Mitzrayim), were my wonderful brother-in-law, sister and niece. They had somehow managed the lengthy trek from their home to join the crowded funeral procession, and were noticeably moved by the huge outpouring of love and longing they had witnessed.

However, when it was time to embark on the long return journey home, they despaired of reaching their destination before nightfall. Bus after bus passed without stopping, each packed beyond capacity, with no room to fit even the proverbial toothpick.

They were far from skilled in the odious art of pushing and shoving in any case. It looked like they were doomed to spend the first night of the joyous holiday of Chanukah stranded on the unfamiliar streets of Bnei Brak.

Suddenly my niece noticed a mirage right before her eyes. Another bus passed right in front of them, but unlike the others, this one was not packed quite as tightly as a can of sardines. Better still, the rear door was incredibly open! They gratefully piled on, and only then did the reason for the their good fortune belatedly become crystal clear.

The Arab bus driver was not in his seat, and the bus remained rooted to its spot, rear door still ominously ajar. When the driver finally did stage an appearance, it was with the dire message that threatened to burst their bubble – and that of all the many scores of passengers on board.

“I cannot drive this bus!” he informed them. “There is a problem with the back door, and I can’t get it to shut!”

He then instructed the weary passengers to disembark and wait for another bus. A hush fell over the people, with none of them rushing to begin the entire tiresome process all over again.

Suddenly a cheerful voice rang out.

“What’s the problem?” shouted a robust chassid. “Just tie the door closed with my gartel!”

Whereupon he untied his cloth belt and unceremoniously handed it to the incredulous driver.

And that is how the Arab Egged driver ended up tying the rear door of his bus closed with a chassidishe gartel, and driving his grateful passengers home in time to light the first Chanukah candle! An unexpected but much welcome early Chanukah present, wrapped in the ubiquitous Egged green, and tied with an incongruous but infinitely precious black gartel. 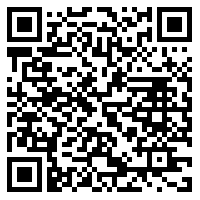