Part I: From the Hasmoneans to Herod

It was such a difficult time. When violence and corruption reigned, was it any wonder that many Jews, tired of the oppressive Roman rule, longed for the arrival of Mashiach and the Final Redemption? Or wondered how they ever came to be in such a difficult place?


In this first part of a new series about the history of the Jews and the Church we take a brief look at the events that led to the birth of Christianity.

In 165 BCE, when Matisyahu and his sons, the Maccabees, won their battle against the Greeks, the hope for spiritual and political freedom was reignited in Jewish hearts – a hope we commemorate when we kindle the Chanukah lights. But only a century later, the Hasmonean dynasty had disintegrated into a brutal power struggle between two royal siblings, Hyrcanus and Aristobulus.

The fight for the Hasmonean crown reached its nadir when Hyrcanus laid siege to Har Habayis, which was in the hands of his brother. Unable to break the siege, Hyrcanus followed the advice of an adviser, who reasoned that as long as the Temple service proceeded as usual Hyrcanus would never win. The solution: Instead of sending up the usual sheep for sacrifice, send up a pig. According to the Talmud (Sotah 49b), when the pig scraped its hooves against the Temple wall, the Land of Israel shook for 400 parasangs.

The local feud became an international one when the two brothers turned, separately, to the Roman general Pompey for help. Pompey had already conquered much of Asia Minor for Rome. With Judea in turmoil, Pompey correctly reasoned he could also conquer this land for Rome without too much trouble. He sided with Hyrcanus and sacked Jerusalem in 63 BCE. But even though Hyrcanus was granted the position of High Priest and crowned king, his personal triumph came with a hefty price tag: Judea was now a client state of Rome.

In the decades that followed, the nominal control of Judea passed from the Hasmoneans to the dynasty founded by Herod the Great. Although Herod turned the Second Temple into a magnificent showplace that was one of the wonders of the ancient world, his heart belonged to Greece and Rome and he pursued a policy of Hellenization. He built theatres in Jerusalem and sponsored Olympic-style games in honor of Caesar. To weaken the influence of the Temple, he appointed – and removed at will – the High Priest. Naturally, he chose weak men, often recruited from the Jewish Diaspora, who wouldn’t cause trouble. They knew, as did everyone in Judea, that Herod was willing to murder anyone who dared to oppose him – including talmidei chachamim and their followers, and his wife and children.

Herod ruled during an age when poisoning political rivals within the family circle and killing off real and imaginary rebellious subjects was standard operating procedure. But this did little to endear him to the Jewish people. Thus, the people began to turn inward. Instead of looking to the government or even the priesthood – which was controlled by Herod – for direction and inspiration, they turned to the Torah sages, such as Hillel and Shammai, who became the unofficial leaders of the land.

After Herod died in 4 BCE, his kingdom was divided into three, so that his sons could each rule over a part. But the Roman overlords didn’t allow any of them to be called “king.” Instead, Herod Antipas, who ruled in the north, was the Tetrarch over the Galilee; Philip the Tetrarch ruled over the northeastern part of Herod’s kingdom, which included the Golan Heights and the southern part of modern-day Syria – areas that had a very small Jewish population; and Herod Archelaus was the Ethnarch of Judea, Samaria and Idumea (biblical Edom).

While Herod Archelaus had received the largest part of the kingdom, he ruled so badly and brutally that the people asked the Romans to dismiss him. In 6 CE the area became a province under direct Roman rule, with the governance of a local prefect and the higher-ranking Governor of Syria. The capital was moved from Jerusalem to Caesarea.

As part of the annexation process, Quirinius, the Governor of Syria, announced that he was going to conduct a tax census of the area. While Rome had always levied a tax upon the Judeans, news of the census was greeted with dismay; taking a census was forbidden by Jewish law. A Jew named Judas of Galilee decided to revolt. Going from town to town, he encouraged his fellow Jews to refuse to participate in the proposed census.

The revolt, which was unsuccessful, was just one example of the unrest that was brewing at the beginning of the new millennium.

The bitter political rivalry between those vying to rule was just one aspect of the fragmentation that was tearing apart Jewish society at this time. Different sects held different opinions about Jewish observance. They also had different ideas about the best way to deal with the Roman occupation. Historians usually mention the following four groups:

Sadducees: Many of them were Kohanim, members of the priestly class, but this wasn’t their only claim to fame. They were generally very wealthy, and they held important posts in all aspects of civil and religious life during much of the Hasmonean and Herodian eras. While they believed in the truth of the Written Torah, they refused to accept the authority of the Oral Law. In addition, they didn’t believe in the afterlife and the concept of reward and punishment after death. Admirers of Greek culture and philosophy, they got along with the Romans and worked with them to preserve their own power.

Pharisees: The Pharisees get a bad rap in the Christian Gospels – and for good reason; it is thanks to the Pharisees that Judaism still exists today. The word “Pharisee” is derived from the Hebrew word “Perushi,” or “one who is separated.” From the beginning, the Pharisees, who were the sages and scribes of Israel, separated themselves from Greek culture. Instead, they made a great effort to maintain a Judaism that was free from the taint of Greek or any other outside influences. On the other hand, they were political pragmatists. They were willing to put up with the Romans as long as the Romans allowed the Jews to learn Torah and do mitzvot. According to the historian Josephus, the vast majority of Jews looked to the Pharisees for leadership.

Zealots: Several different groups fall under the umbrella term “Zealots,” but they all had one thing in common: They hated the Romans and anyone who cooperated with them. One group, the Sicarii (meaning “dagger”), got their name from the concealed daggers they carried, which were used to murder their political opponents. They also used extortion and robbery to cow the people into accepting their demands. Other Zealot groups concentrated on harming and sabotaging the Romans and Greeks, in an effort to expel them from the land.

Splinter Sects: The most famous of these groups, thanks to the discovery of the Dead Sea Scrolls, is the Essenes, who opposed the religious views of both the Pharisees and the Sadducees. Tired of the violence and corruption that had become part and parcel of city life, the Essenes retreated into a physical and spiritual world of extreme piety. In their desert retreats, they practiced celibacy and asceticism, as well as self-sufficiency and good works. They believed that the Messianic Era was imminent.

During the time of Herod and his descendants, there were very likely many Jews who were tired of the violence, corruption, and fighting of Jew against Jew. While the vast majority of Jews remained within the camp of normative Judaism, there were those who fell under the spell of the many charismatic healers and preachers who roamed from village to town, including those who claimed to be Mashiach.

The names of most of these claimants have disappeared from the historical record along with their claims of redemption, but there are a few who are remembered, thanks to the 1st century historian Josephus. One is known to us only by his alias, “the Egyptian.” According to legend, the Egyptian led his band of 30,000 men (the number is probably grossly exaggerated) to the Mount of Olives, where he said they would watch the walls of Jerusalem fall, allowing them to enter the city and free it from Roman rule. The Romans responded by killing most of his troops.

As for the Egyptian, he supposedly fled and was never caught. The same could not be said for others, such as Theudas, who convinced his band of about 400 followers to gather up their possessions and follow him to the Jordan River, which would surely part for them and allow them to cross over. The Romans didn’t allow Theudas to make the test. A troop of horsemen followed the group and killed many of them, including Theudas, and took the rest captive.

It was against this backdrop of intense hope and speculation about the arrival of the Messianic Age that a certain Jew from Nazareth began to preach.

Neither the sages of the Talmud nor Josephus have much to say about Yeshua, known in English as Jesus. Although there are two people mentioned in the Talmud with the name Yeshua, neither of them lived during the early decades of the new millennium and so it is assumed the Talmud is referring to other people. While Josephus does briefly mention Jesus in his historical account, Jewish Antiquities, today the general consensus is that those lines were added by Christian authors much later, perhaps in the 3rd or 4th century.

There are also no contemporary Roman records that mention Jesus. But from later historical accounts we know that Jesus was a Jew who preached to other Jews. If he saw himself as Mashiach, it was within the framework of Jewish ideas about Mashiach and redemption. So how did he end up founding a new religion?

In Part II, we’ll try to find out. 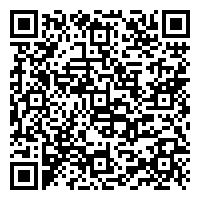