When Salman Abedi blew himself up at a concert by pop singer Ariana Grande in Manchester, England on May 22, killing 22 and severely wounding more than 100, Rabbi Dov Benyaacov-Kurtzman knew he had to act immediately.


Benyaacov-Kurtzman, a native of Glasgow, Scotland has lived most of his life in Jerusalem, but returned to Great Britain in 2016 in order to create the UK National Emergency Response, Resilience and Treatment Program For Stress and Trauma. The network of trauma centers he was tasked with creating wasn’t yet ready to launch, but the attack forced the group to mobilize straight away, he says.

“I wouldn’t say we were ready to begin working, but once the attack occurred we obviously couldn’t wait till we were fully ready,” Benyaacov-Kurtzman said.

“We immediately erected a pop-up trauma center to deal with the city’s population who were in the aftermath of a terror attack, and by Friday morning we’d managed to open a mobile facility and gotten someone to donate a storefront in central Manchester to serve as ‘Ground Zero’ for our efforts.”

The professional side of the effort is coordinated on the ground by Prof. Yori Gidron of France’s Lille University, a native of Israel who has participated in international disaster and terror relief teams in Japan, Nepal, Haiti and Israel.

Gidron traveled from France to England immediately following the attack in Manchester both to provide treatment and to train local mental health professionals in trauma care.

Gidron will be joined in Manchester by Dr. Moshe Farchi, the head of Stress, Trauma and Resilience Studies at Tel Hai College in northern Israel. Farchi has developed a unique approach to psychological trauma that is being employed by the volunteer team. His approach calls for restoring a sense of reality for people who have suffered a high-trauma incident as soon as possible after the incident.

“Attacks like the one in Manchester very often shatter a person’s sense of reality and leave him or her feeling helpless,” said Adam Leighton, the Israel-based chairman of ‘Heads Up,’ a British NGO that is supporting the effort.

“So our basic approach is to get the person to take control of him or herself very rapidly. It can be something as simple as getting them to take a simple walk to the store by themselves. Then, once they’ve accomplished that, they can move on to doing more things. This is one of the most important elements to prevent post-traumatic stress disorder (PTSD) from setting in,” Leighton said.

Leighton said that Dr. Farchi’s approach represents a change of mindset from “traditional” mental health approaches to treating emotional trauma. Whereas traditional approaches might be calming and supportive, he said that Farchi stresses the need to keep the experience “alive” in order to enable the victim to address it while the issue is still “live.”

In addition, Farchi proposes a series of basic questions designed to keep the patient “in the moment” long enough to begin effective psychological treatment. These include: What is this place? What happened? What is the time frame? What is the plan for you here? When will you return home? What would you like to do first?

“Unfortunately, Israelis have a long history of dealing with high-trauma incidents, and for that reason we believe they have developed the most effective treatments available in this area,” Benyaacov-Kurtzman said. 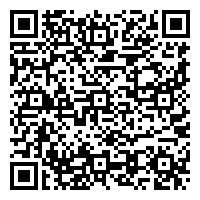