In the Righteous of the Nations feature, we have honored the bravery of remarkable people like Johanna Eck, Mary Elmes, Giorgio Perlasca and Frank Foley who risked their own lives to save Jews during the Holocaust.

However, some of the least-known stories of that terrible era involve Jews who courageously saved thousands of their fellow Jews from the Nazis.


Many of these rescuers, rather than fleeing to ensure their own safety, chose to help their brethren escape. Sadly, many of these Jewish heroes have often been forgotten or overlooked.

The lives of three young Jewish brothers in Holland were saved by Johannes Post, a member of the Dutch underground, assisted by two members of the local resistance, Arnold Douwes and Max Leons.

Haim Roet, then aged eleven, credits all three brave men for bringing him to safety at the farm of the Deesker family, describing them gratefully as “an extraordinary family who saved my life.”

Post, Douwes and the Deesker family have all been honored as Righteous of the Nations by Israel’s Yad Vashem Holocaust Memorial Museum. Max Leons, however, was not included in the recognition for one reason: he was Jewish.

After making aliyah with his family in 1949, Haim Roet worked at the Israeli Ministry of Trade and Industry and the World Bank. Understandably, he became an ardent volunteer at Yad Vashem. Then a statement by leading Holocaust historian Professor Yehuda Bauer made Roet question the exclusion of Max Leons. Bauer claimed it was typical to recognize non-Jews but not Jews themselves.

“In Yad Vashem there is a big plaque of 200 names and in large letters the names of the two underground members who organized it,” Roet pointed out. “The third [name] is not there because he’s Jewish. The Jew that assisted me could have had a relatively easy life and not go into the streets.”

In fact, the easily identifiable Jewish Max Leons was putting his life at risk to a greater degree by working for the resistance.

Roet successfully initiated the “Unto Every Person There is a Name” program in which the names of Jews murdered in the Holocaust are recited at the Knesset, at Yad Vashem and in several Diaspora communities. In 2000, he helped found the Action Committee for the Recognition of Jewish Rescuers. This committee, consisting of Holocaust survivors and other volunteers, petitioned for the inclusion of Jewish rescuers’ stories as part of Holocaust rescue history. Now the Yad Vashem Museum has a permanent exhibit dedicated to Jewish rescuers. Another significant achievement, thanks to Roet’s efforts, is an annual Holocaust Remembrance Day ceremony held by the B’nai B’rith World Center in Jerusalem.

In 2011, B’nai B’rith created the Jewish Rescuer Citation to honor Jews who rescued other Jews. The citation also reveals a seldom-mentioned side of Jewish reality during the Holocaust, that of Jewish resistance. Since then, 175 Jewish rescuers in France, Hungary, Greece, Germany, Russia, Poland, the Netherlands and Lithuania have been honored. They are only a few of the thousands who rescued their Jewish brethren. Forgery, smuggling and concealment were some of the methods utilized by these rescuers.

One such Jewish heroine, Alice Cohn, was posthumously recognized in October 2017 at an exhibition called “Identity Cards and Forgeries” in the newly-created National Holocaust Museum in Amsterdam.

Only a few details are known about the life of this courageous, creative woman. A citizen of the tiny neighboring country of Lichtenstein, Alice Cohn relocated to Holland before the war. Her talent as a graphic artist was to prove valuable in saving the lives of her fellow Jews. Alice personally rescued a little Jewish girl and provided valuable resistance work at the Forgery Agency in the town of Utrecht. Rutger Mathijssen and Siem Buddingh founded this agency together with Alice.

Despite living in hiding in an attic for most of the war, she managed to forge hundreds of identity cards, food stamps and other important documents to help other Jews survive.

Before Second World II, residents of the Netherlands could choose whether they wanted to carry identification cards with them. That option changed with the German invasion of 1940. The following year, wartime ID cards became compulsory. A civil servant at the Ministry of the Interior named Jacob Lentz introduced and developed a highly sophisticated identity card. Far ahead of its time, the card had a photograph and fingerprint of the holder. Lentz was convinced his card would be impossible to forge. The Dutch bureaucrat was so proud of his own handiwork he traveled to Berlin to show it off and wrote a little book about it. The Germans were immediately impressed and ordered every Dutch citizen to carry the new ID card. The cards of all Jewish residents were marked with a large ‘J, which put them in danger when the Nazis began rounding up Jews. Nothing like this card had existed before and it became, according to Loe de Jong, an eminent Dutch historian of the war, “an indispensable aid to the persecution policy of the German occupation.”

Fortunately, Alice Cohn succeeded in proving Lentz was wrong. As part of her work for the Dutch resistance, she worked in secret to come up with a foolproof forgery of the new ID card. And managed to save hundreds of Jewish lives in the process.

Even so, the Jews in the Netherlands had the lowest survival rate in all of Europe. Although 75 percent of Jews in France managed to survive the Nazi period, for example, only 27 percent of Dutch Jews did so. Of approximately 80,000 Jews in Amsterdam at the beginning of the war, an estimated 58,000 had been killed by the time it ended, most of them dying in concentration camps.

However, if not for the work of Alice Cohn, that tragic number would have been even higher. When the war ended in 1945, Alice left the Netherlands and not much is known about her life afterwards. She passed away in 2000.

Recently, in the presence of 96-year-old Rutger Mathijssen, co-founder of the Forgery Agency, the Jewish Rescuers’ Citation award was presented to Alice’s son and daughter. She was the first Jewish citizen from Lichtenstein to be thus honored. 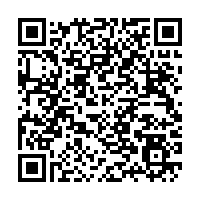