The view from my window is very beautiful this week. It’s the same mountainous desert view I always see opposite my porch, but this month it’s framed by a mixture of mind, memory and heart. This summer marks fifty years since we arrived, with two little kids in tow, in Israel. The day we left the United States was probably the saddest day of my life. I was leaving my parents behind. But it was the happiest day too. We were fulfilling a life-long dream.

Israel was a very different place fifty years ago. Small, beleaguered (which it still is), feisty, just entering its teen years, it was beginning to feel its oats. That year, the first supermarket in the country opened in Tel Aviv, evidently in honor of our aliyah, and shortly after we arrived, the first bottles of pasteurized milk appeared on the shelves. (Which was a good thing because I could not, would not drink boiled milk! I was willing to survive without Johnson and Johnson band-aids and decent safety pins, but there were limits even to my youthful idealism!)

Fifty years ago, only doctors, lawyers, and Knesset members had telephones in their homes. Cell phones, Skype and e-mail were the stuff of science fiction. Even direct dialing had not yet made its way across the Mediterranean. Placing an overseas phone call meant “ordering” a slot at your nearest post office a week or two in advance. Mail service (remember those tissue thin, blue aerogram letters?) took a week to ten days to arrive and a week to ten days for a return answer. For ordinary people like us, they were the main form of communication.

This was the real sacrifice we made in those days. Not a nice home or a car or a better salary (although we didn’t have those either), but the lack of connection to our families. The day we finally received our very own home telephone (after a three-year wait) was proclaimed National Telephone Day. And several years down the line, when direct dialing was introduced as part of the system, we sat around the phone, holding our breath and wondering if we could dial Mashiach.

However, from the outset, Israel did offer other new and interesting experiences, one of which was War. As third-generation Americans, wars were something that happened far away, to other people, in other countries. Obviously, Israel was another country. Her wars surfaced like recurring Shemitta years. The War for Independence in 1948, the Sinai War in 1956, the Six-Day War in 1967, the Yom Kippur War in 1973, the Lebanese Wars in 1982 and 2006. Undeclared “mini-wars” in 2008, 2012 and this past summer in 2014, all of which were sandwiched between a War of Attrition, two Intafadas and various other “minor” skirmishes. Each encounter brought heart-breaking deaths mixed with a profusion of miracles and a bounty of blessings. Each time, Israel girded its loins, picked up the pieces and took another giant step forward.

Despite the hostilities, the olim kept coming; waves and waves of Jews from across the world. Our ears became attuned to a rainbow of accents… Yemenite, Moroccan, Polish, Russian, French, Amharic and Spanish. My Hebrew-speaking grandchildren can mimic them all, but try as they may, they insist it’s impossible to tell the difference between English, American, Australian or South African!

Today, fifty years and six million (!) people later, Israel is truly a different world. A thriving, vital, and modern country vibrating with all the sounds of the west and l’havdil, the music of Torah, often coming from the most unimaginable places. Even our noisy, internal and interminable ”Jewish wars” are a sign that G-d’s Word abounds. That people care. That they are trying to discover exactly who they are, why they are here, and where they are going. If they didn’t care, they’d turn around and leave. But they don’t. They stay put…and continue to disagree 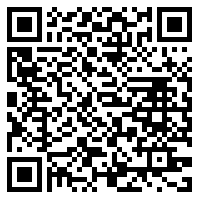