MK Yariv Levin (Likud), who served in the IDF’s 8200 military intelligence, responded to the letter by 43 former 8200 soldiers who attacked the unit, apparently for left-wing political reasons.

In their letter, the 43 attacked the 8200 unit and said they would not continue to do their job, specifically intelligence gathering activities in Judea and Samaria, which protects Israel from Arab terrorism emanating from Israel’s territories.


MK Yariv Levin said in response, “IDF service is a privilege, and whoever refuses to help guard our state crosses the line between supporting a democratic Israel and the freedom it represents, and joins the side of those who support Palestinian terror which attacks innocent Israeli citizens.

Labor Party chairman MK Yitzchak Herzog, who also served in the 8200 unit, attacked the letter. Herzog wrote on his Facebook page that he opposes and detests refusing orders, and discussed the importance of the 8200 unit not just during war, but also during peacetime, and how it helps maintain the peace. Herzog said the citizens of Israel will end up paying the price from the media campaign by the 43.

The letter also brought reactions of anger and condemnation from active and reserve members of the unit.

More than 100 soldiers and reservists in the IDF’s 8200 military intelligence responded to the letter with their own letter stating, “After seeing a one sided and marginal view of the unit 8200, we wanted to give voice to the majority of the soldiers and officers in the unit. We’ll begin with, that the service in the army and a unit such as 8200 is a privilege, and more so, a duty. A duty we must fulfill as a condition for our settlement in this ground, in this land. It’s not a matter of political opinion – right or left, everyone here had one goal to defend the country and its occupants.”

Other 8200 soldier’s have also responded in letters decrying the political and cynical attack on the unit which upholds the high moral values and ethics of the army. Another talked about the professionalism of the unit which has resulted in lives saved on all sides.

The 43 reserve soldiers are likely to be dishonorably discharged from the elite unit. 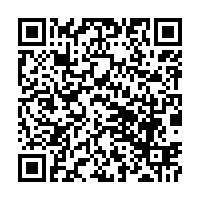